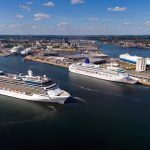 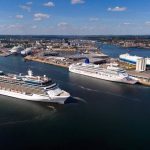 ABP Southampton Director, Alastair Welch said: ” Southampton is Northern Europe’s leading cruise turn around port. We continue to invest with key partners into all four of our state-of-the-art cruise terminals, in order to meet the rapidly evolving requirements of the cruise industry and our shared guests. 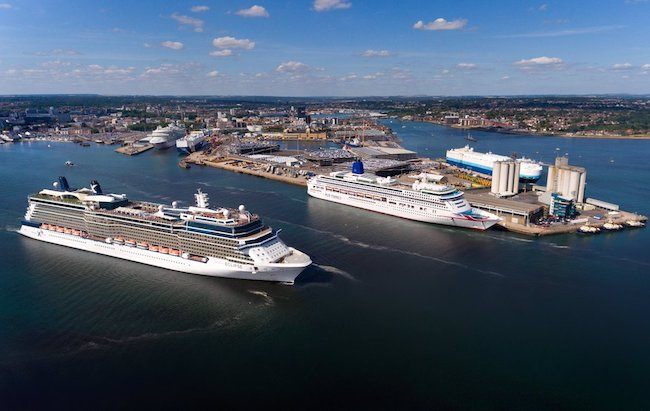 “As the popularity of cruising across the world continues to rise ABP Port of Southampton remains committed to enhancing its facilities to ensure a seamless journey from ship to shore. Providing cruise lines an expert choice for all their cruise needs.”

In 2017 ABP Southampton completed the final stage of a multi-million pound refurbishment that enabled the port to cater for the world’s largest cruise vessels afloat, with delivery of a bespoke ship-to-shore walkway for the Queen Elizabeth II Cruise Terminal.

“Through 2017 we have seen the entire port community pull together to enable the terminal developments, inaugural calls, and over 500 cruise calls to be delivered including the port’s busiest weekend ever.

“From the stevedores to the local council, the passenger security teams to the port maintenance teams, marine and landside planners, and all service partners that combine to make this a pre-eminent cruise port, it’s been a huge team effort and this year is a testament to the strength of the community and expertise here in Southampton,” added Mr Welch.

Cruise Critic® is an online cruise guide, offering a comprehensive resource for cruise travellers, from first-time cruisers to avid cruise enthusiasts. The site features more than 350,000 cruise reviews and hosts the world’s largest online cruise community where travellers share experiences and opinions with fellow cruisers. Cruise Critic was the first consumer cruise site on the Internet, launched in October 1995 by The Independent Traveller, Inc., a subsidiary of TripAdvisor, Inc.