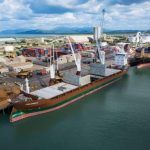 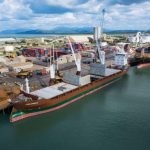 The Port of Townsville has received approval to fund a $27.3 million investment into new cranes and cargo handling infrastructure.

During a visit to the port today, Deputy Premier and Treasurer Jackie Trad said the investment would develop jobs and support the efficient operation of container and cargo handling berths. 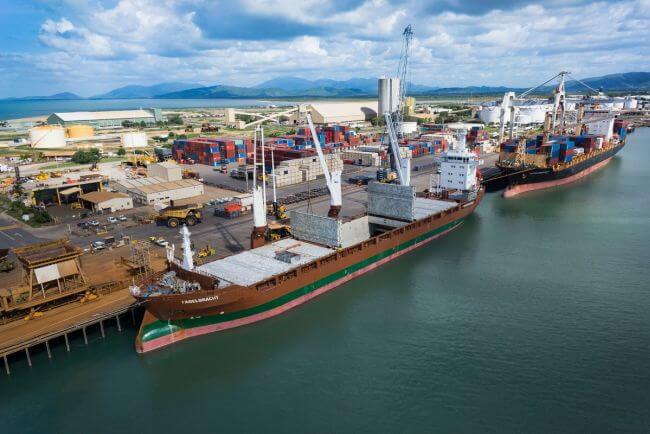 “This project is incredibly important to the local economy, maximising the use of the newly developed Berth 4 as a multi-user berth,” Ms Trad said.

“Berth 4 is expected to be finished by early next year and the additional terminal storage capacity and infrastructure will attract future growth for the Port and help to support our North Queensland exporters.”

Minister for Ports Mark Bailey said that this was an important step forward for Berth 4.

“This approval allows the Port to invest in its own cranes and cargo handling infrastructure to drive growth of container and general cargo at Berth 4 in the short to medium term,” Mr Bailey said.

Member for Mundingburra Coralee O’Rourke said that the project was a boost for the local economy.

“The project will create 35 direct positions during the construction phase and support ongoing jobs once the project is complete,” Mrs O’Rourke said.

“This is in addition to the 100 jobs which have already been generated by the upgrade of Berth 4 through a $40.7 million investment to raise the deck and extend the quay line of the berth.”

Member for Townsville Scott Stewart said that the activity is part of the Port’s long term strategic vision to become the premier container port for Northern Australia.

“Here in Townsville we are perfectly positioned to grow our local export market; capitalising on its strong diversity of trade and close proximity to Asia,” Mr Stewart said.

“That’s what our Palaszczuk Government is focused on because we know growing our exports means more jobs for North Queenslanders.”

Member for Thuringowa Aaron Harper said the Palaszczuk Government was working with the Port to help it expand.

“A key part of this development plan is the Townsville Port Expansion Project, which includes a $193 million Channel Capacity Upgrade,” Mr Harper said.

“This project proposes to widen the navigational channels into the Port of Townsville to accommodate larger ships.”

Townsville Mayor Cr Jenny Hill says the Channel Capacity Upgrade is a key initiative under the Townsville City Deal between the Queensland and Australian governments, and Townsville City Council.

“I’m very happy that all levels of Government have been able to work together towards this upgrade,” Ms Hill said.

“Investing in the Port is vital to Townsville’s economic future and this announcement today will help to ensure there is capacity for the additional ships attracted through the Channel Capacity Upgrade.”

The Palascauk Government committed $75 million in the 2017/18 budget into the channel project and has called on the Federal Government to contribute to the project.

“The State has approved an Environmental Impact Statement for the project and is eagerly awaiting final assessment from the Federal regulators,” Ms Trad said.