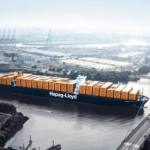 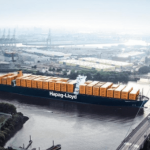 The Lower Elbe between the Port of Hamburg and the North Sea is supposed to be deepened over a distance of approximately 120 kilometers. The goal is to make it easier for the new generation of container ships to reach the city.

The port’s business community, the chambers of industry and commerce, and the state governments in
Kiel, Hanover and Hamburg – with some reservations among the Green Party – are in favor of having a deeper river. So is Hapag-Lloyd. 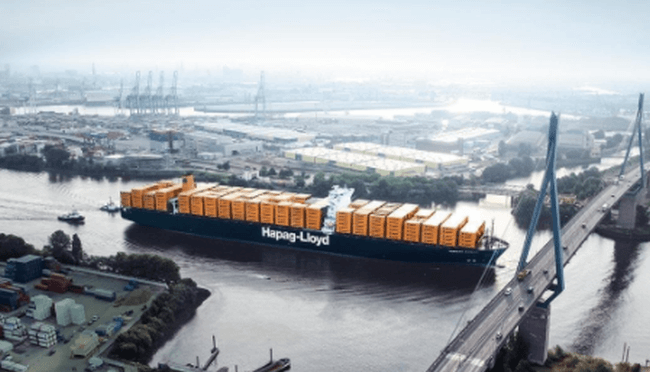 The fleet of the Hamburg-based company is growing to 219 ships as a result of its merger with United Arab Shipping Company (UASC). It is also becoming younger as well as getting many ships that can carry almost 20,000 TEU. “Besides deepening, it’s also about widening the fairway,” says Rolf Habben Jansen, CEO of Hapag-Lloyd AG. “These measures would make it easier for the new ships to get into and back out of the port.” This, he adds, means that more containers could be brought to the city, which in turn would shorten waiting times and lower costs.

In addition to the so-called fairway adjustment of the river, the new construction work on the Köhlbrand Bridge is also meant to make it possible for the new generation of vessels to call at the port. The bridge is supposed to be raised from its current level of 53 meters to 73.5 meters. Planning for these changes will begin before the end of the current year, and construction is expected to be completed by 2030. Government officials are of the view that the current bridge can only handle road traffic for about 13 more years. “The Port of Hamburg has to be easily accessible by both water and land,” Habben Jansen says. “The port will stay competitive in this way, and the jobs will thereby stay in the city and in the region.” Politicians, he continued, need to ensure that this gets done. At present, more than 150,000 jobs are directly or indirectly dependent on the Port of Hamburg.

Why is it necessary to deepen the Elbe?

These days, some of the vessels being built have slots for 20,000 containers and measure 400 meters long and more than 60 meters wide. They should have an opportunity to be able to call at Hamburg – Germany’s largest port and an important job engine for the country’s economy – with a draft of 13.5 meters and, at high tide, with a draft of 14.5 meters. To also be able to guarantee
the ships’ safety even in rough waters, the fairway must be dredged to some 19 meters beneath sea level. In addition to the so-called fairway adjustment of the river, the new construction work on the Köhlbrand Bridge is also meant to make it possible for the new generation of vessels to call at the port.