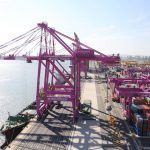 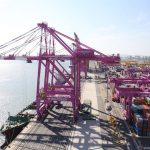 Incheon Port surpassed 3 million TEU that it has processed over 1 year. 3 million TEU refers to 300 million container volume of 6.1m container box (Twenty-foot Equivalent Unit) and if the containers are connected in a line, it is equal to a distance of 24 route trips between Seoul and Busan (380㎞).

Incheon Port Authority held the “Commemoration Event for achieving 3 million TEU” in the Sheraton Grand Incheon Hotel located in Yeonsu-gu, Incheon at 10:30 on the morning of the 27th and declared a new journey towards becoming the Top 30 Global Port handling millions of TEU until 2025.

Business performance of container in Incheon Port per year】 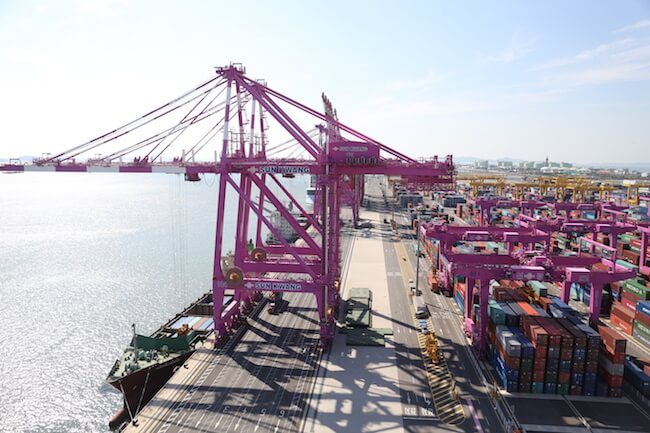 In addition, besides the container volume, the impact of Incheon Port on the regional economy is significant. The proportion of comprehensive port logistics industry out of Incheon region’s gross national product is 33.8% and 6.4 jobs are generated per 10,000 TEU so achieving 3 million TEU in 2017 equals to incurring employment of 1,920 people.

As part of the commemoration initiative of Incheon Port’s achievement of 3 million TEU, “Incheon Port Family’s One Heart Joint Declaration Ceremony” was held to remind how the increase in container volume leads to the generation of employment and to uphold this value.

Based on such achievements, IPA has set the target to become the ‘World’s Top 30 Ports’ handling container volume of 4 million TEU annually until 2025 and plans to sail the sea route through infrastructure development, serve improvement and proactive marketing activities.

Nam Bong Hyeon, CEO of IPA stated that “we will sail more powerfully in order to achieve the 2020 target of 3.5 million TEU through continuous marketing on container volume and attracting sea routes without being satisfied with the present, will actively take part in the policy for generating better jobs and will try harder to work with the relevant companies and groups to increase high quality jobs” and sought for “a lot of interest and use with regards to Incheon Port”.

Meanwhile, over 150 people including Kang Jun Seok, Vice-Minister of the Ministry of Maritime Affairs and Fisheries, Yoo Jeong Bok, the Mayor of Incheon City, Choi Joon Wook, the Administrator of Incheon Regional Office of Oceans and Fisheries as well as shipowners, forwarders and officials from the relevant institutes were present.