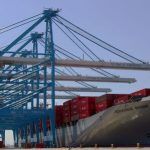 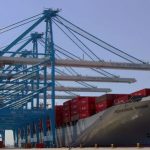 The Port of Virginia® set a new annual record for container cargo volume having handled more than 2.84 million twenty-foot equivalent units, or TEUs, a 7 percent increase over last year’s total. In 2017, loaded import and export volumes were up 8.6 percent and about 1 percent, respectively, over the prior year. The port saw increases in TEUs, truck volume, rail volume and total volume at Richmond Marine Terminal (RMT), the port’s growing barge terminal on the James River. Further, the port saw the number of new import vehicles (cars) at Newport News Marine Terminal jump 22.5 percent.

“In 2017, we moved 185,000 more TEUs than we did in 2016, which until now, was our highest volume year on record,” said John F. Reinhart, CEO and executive director of the Virginia Port Authority. “For calendar 2017, we had a perfect streak with every month setting a new month-record, bringing us to a new annual record and did this while undertaking the largest infrastructure project in the port’s history.

“The growth is significant – 15,442 TEUs a month, on average – and we have responded with improved throughput and safety in all facets of the operation. With this level of growth, we are truly solidifying our position as the Mid-Atlantic’s global gateway.”

The number of ships calling Virginia dropped by 9 percent in 2017. Fewer ships, but bigger in size with increasing cargo loads is a trend that was expected and one that will continue, Reinhart said. The increasing vessel sizes are the driver of the terminal expansion projects and larger effort to dredge the Norfolk Harbor to 55 feet and widen its in- and out-bound commercial navigation channels.

“In 2018 we will continue on our forward trajectory. Our focus now is the expansion of Norfolk International Terminals (NIT), taking delivery of the first group of rail-mounted gantry cranes later this month and then bringing the first new stacks at Virginia International Gateway (VIG) online in April. We are moving forward on our wider, deeper, safer initiative that will make the Norfolk Harbor the U.S. East Coast’s deepest and safest harbor. The Port of Virginia brand and its reputation as a world-class port are growing.”

Reinhart also noted that the port is a significant driver of economic investment and jobs throughout the Commonwealth. In 2017, the port was instrumental in helping to generate 5,525 jobs and the development of 3.37 million square feet of space that had a total investment value of $1.02 billion.

“The accomplishments of 2017 are a real tribute to our team and our port partners,” Reinhart said. “As our expansion unfolds, we are operating in a period of transition. We are aware of the risks and are undertaking the necessary planning to maintain our service levels with an emphasis on safety. We know we can always improve and continue to do those things that make us a sustainable business and grow The Port of Virginia.”

December is the half-way mark in fiscal year 2018 and thus far TEU volumes are 1,456,234 TEUs, which is an increase of 5.7 percent when compared with the same period last fiscal year; gate volumes were 514,097 moves, up 9 percent; and loaded imports and exports are up 8.4 percent and 5.7 percent, respectively.

The calendar year was completed with December’s TEU volumes of 237,525 TEUs, an increase of 3.4 percent when compared with last December. Also in December, rail volume was up nearly 4 percent; RMT volume up 5 percent; motor-carrier volume up 3.5 percent; and breakbulk tonnage up 5.6 percent.

Some of the ports accomplishments in 2017 include: