Hapag-Lloyd: THE Alliance Goes Strengthened Into 2018 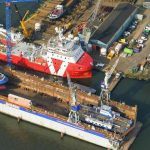 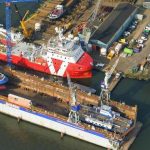 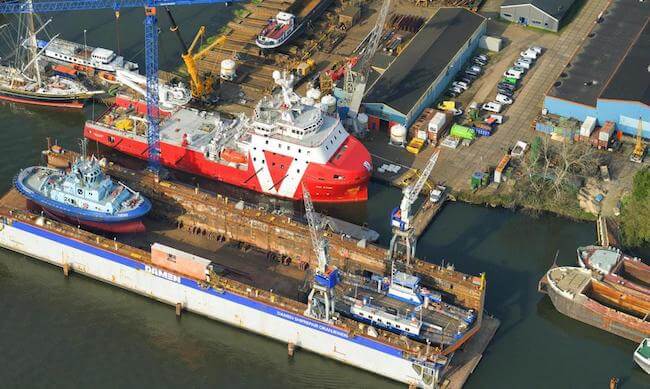 The eight-week programme for VOS Stone involved a wide range of activities, including the installation of a 50-tonne active heave-compensated, knuckle-boom crane, along with taut-wire, RadaScan, and Hipap from Kongsberg for the vessel-positioning system, a boat landing and system for fuelling crew-transfer vessels (CTV).

“We were very pleased to welcome VOS Stone following the very positive experience with VOS Start,” said Jeen van der Werf, Commercial Manager at Damen Shiprepair Oranjewerf. “Based on the experiences gained from VOS Start, and working with the same expert in-house team and group of sub-contractors, the target completion date was achieved with no compromises to our very high standards.” 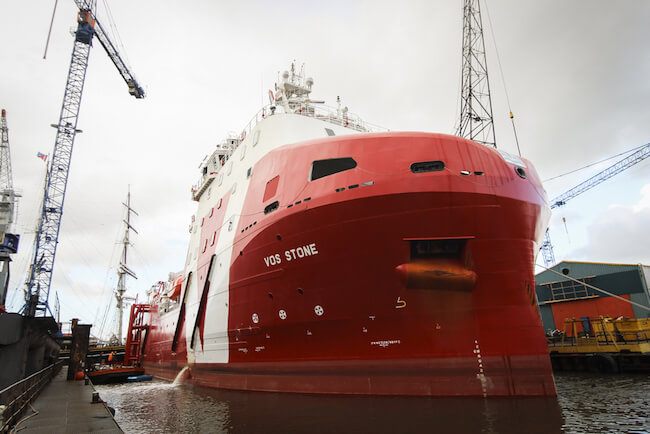 Damen, and Damen Shiprepair Oranjewerf, in particular, has a strong and long-standing relationship with the Vroon Group. The yard offers a skilled and experienced workforce, operating from excellent facilities that include a 135m floating dock. VOS Stone is the fifth new vessel that Vroon has entrusted to Oranjewerf for final outfitting after construction in China. Both companies can be proud of the completed VOS Stone, a vessel now able to guarantee fast and efficient execution of complex projects in the offshore Renewable and Oil & Gas industries.”

Vroon’s Newbuilding Department commented, “It was a pleasure to be back with our number-five vessel, VOS Stone, for completion prior to entering the market. It was great to see the various teams working together in such a smooth and professional manner. This yard has again reached a high standard when it comes to timely and efficient cooperation between owner and yard.” 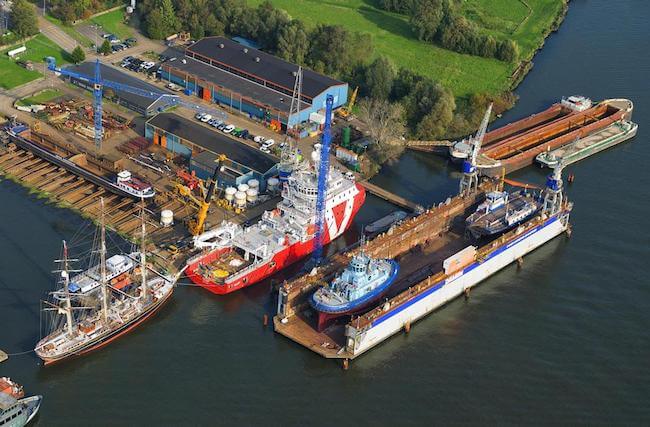 VOS Stone has been purpose-built to support offshore operations in the Renewable industry and walk-to-work projects in the Oil & Gas industry. The vessel has already been awarded a contract by VBMS, a subsidiary of Royal Boskalis to support inter-array cabling operations at the Arkona Offshore Windfarm, located in the Baltic Sea off the coast of Germany, during the first half of next year. In summer 2018, the vessel will undertake operations for EON, working on commissioning of the wind turbines at the same Windfarm.