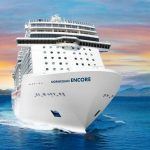 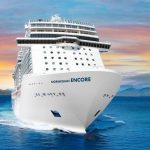 Work on building another ship begins. The name of the new ship which will be completed in 2019 was announced during the steel cutting ceremony at the MEYER WERFT Laser Center.

The steel cutting ceremony for the ship Norwegian ENCORE, vessel number S.708, heralds the start of work at the MEYER WERFT in Papenburg on building another cruise ship for Norwegian Cruise Line. The start button of the computer-controlled cutting machine was pressed by Andy Stuart, President of Norwegian Cruise Line, together with Tim Meyer, Managing Director of the MEYER WERFT. This started the machining of the first steel plate for the cruise line’s new ship. 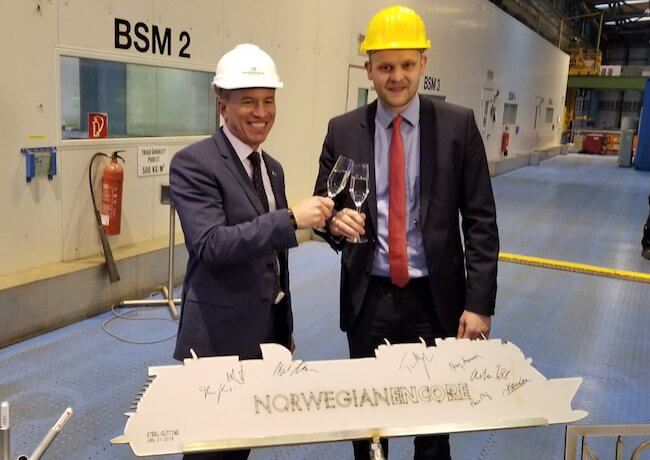 In view of the strict environmental regulations, the ship will be equipped with emission control systems and very environmentally friendly engines for generating power. The entire engineering had put a main focus on energy efficiency. Absolute priority was given to aspects such as heat recovery, electric motors in the top energy efficiency class, LED lighting, optimized underwater paintwork to reduce resistance, weight-optimized material selection and many other topics. 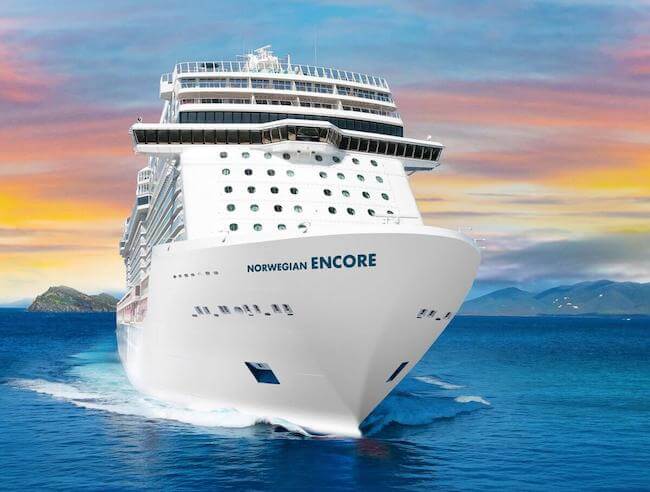 Norwegian ENCORE is the fourth ship in the Breakaway Plus class. The ship will offer numerous options for entertainment and dining venues on board, with many world-class amenities for guests to enjoy while sailing to their dream destinations. The ship will be setting new standards with its size of 167,800 GRT and its new design, offering capacity for 3,998 passengers. 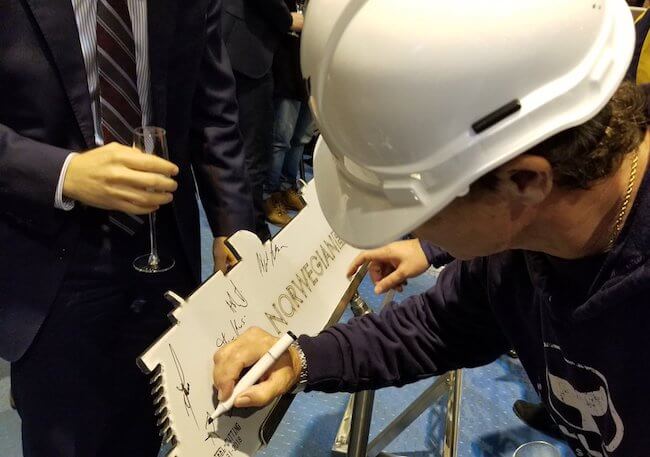 Prior to the steel cutting ceremony Norwegian Cruise Line executives, travel partners and members of the media were provided with a guided tour through the MEYER WERFT covered building dock where Norwegian Encore’s sister-ship, Norwegian Bliss, is currently in the final stages of construction. Joining the group was the ship’s renowned hull artist Wyland, who put the finishing touches on his incredible artwork. Known for his paintings and sculptures of marine life, the artwork adorning the hull of Norwegian Bliss features scenes of whales and sea creatures. The artwork is meant to inspire all who gaze upon Norwegian Bliss and serve as a reminder for the importance of ocean conservation.