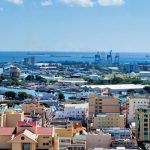 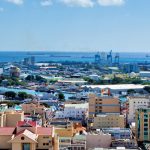 The main type of “bunker” oil for ships is heavy fuel oil, derived as a residue from crude oil distillation. Crude oil contains sulphur which, following combustion in the engine, ends up in ship emissions. Sulphur oxides (SOx) are known to be harmful to human health, causing respiratory symptoms and lung disease. In the atmosphere, SOx can lead to acid rain, which can harm crops, forests and aquatic species, and contributes to the acidification of the oceans.

Limiting SOx emissions from ships will improve air quality and protects the environment. IMO regulations to reduce sulphur oxides (SOx) emissions from ships first came into force in 2005, under Annex VI of the International Convention for the Prevention of Pollution from Ships (known as the MARPOL Convention).. Since then, the limits on sulphur oxides have been progressively tightened. 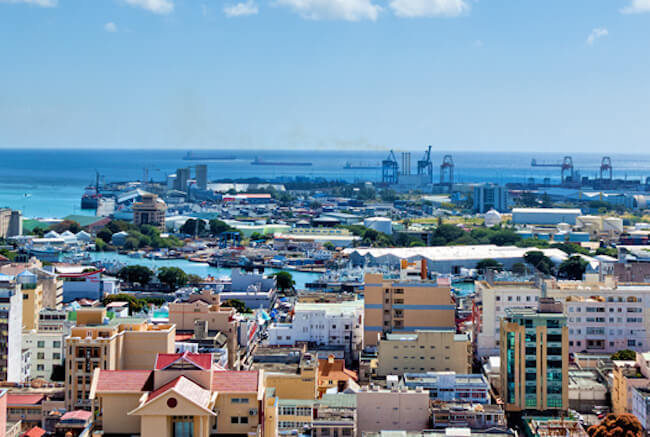 From 1 January 2020, the limit for sulphur in fuel oil used on board ships operating outside designated emission control areas will be reduced to 0.50% m/m (mass by mass). This will significantly reduce the amount of sulphur oxides emanating from ships and should have major health and environmental benefits for the world, particularly for populations living close to ports and coasts.

Below you will find answers to some of the frequently asked questions about the sulphur limit.

Limiting SOx emissions from ships will have a very positive impact on human health: how does that work?

A study on the human health impacts of SOx emissions from ships, submitted to IMO’s Marine Environment Protection Committee (MEPC) in 2016 by Finland, estimated that by not reducing the SOx limit for ships from 2020, the air pollution from ships would contribute to more than 570,000 additional premature deaths worldwide between 2020-2025.

So a reduction in the limit for sulphur in fuel oil used on board ships will have tangible health benefits, particularly for populations living close to ports and major shipping routes.

Why are ships already less harmful than other forms of transport?

Ships do emit pollutants and other harmful emissions. But they also transport large quantities of vital goods across the world’s oceans – and seaborne trade continues to increase. In 2016, ships carried more than 10 billion tons of trade for the first time, according to UNCTAD.

It has sometimes been quoted that just a few ships (all using fuel oil with maximum permitted sulphur content) emit as much harmful air pollutants as all the cars in the world (if the cars were all using the cleanest fuel available).

Not only is this the very worst case scenario, but this does not take into account the amount of cargo that is being carried by those ships and the relative efficiency. It is important to consider the amount of cargo carried and the emissions per tonne of cargo carried, per kilometre travelled. Studies have shown that ships are by far the most energy-efficient form of transportation, compared with other modes such as aviation, road trucks and even railways.

It is also relevant to remember that shipping responds to the demands of world trade. As world trade increases, more ship capacity will be needed.

How can ships carry so much cargo so efficiently?

Ships are the largest machines on the planet and the world’s largest diesel engines can be found on cargo ships. These engines can be as tall as a four-storey house, and as wide as three London buses. The largest marine diesel engines have more than 100,000 horsepower (in comparison, a mid-sized car may have up to 300 horsepower). But the largest container ships can carry more than 20,000 containers and the biggest bulk carriers can carry more than 300,000 tons of commodities, like iron ore.

So powerful engines are needed to propel a ship through the sea. And it is important to consider how much energy is used to carry each ton of cargo per kilometre. When you look at the relative energy efficiency of different modes of transport, ships are by far the most energy efficient.

Ships can reduce air pollutants by being even more energy efficient, so they burn less fuel and therefore their emissions are lower.

What is the current regulation on SOx in ships emissions and by how much is that going to be improved?

For ships operating outside designated emission control areas the current limit for sulphur content of ships’ fuel oil is 3.50% m/m.

Fuel oil providers already supply fuel oil which meets the 0.10% m/m limit (such as marine distillate and ultra-low sulphur fuel oil blends) to ships which require this fuel to trade in the ECAs.

What must ships do to meet the new IMO regulations?

The IMO MARPOL regulations limit the sulphur content in fuel oil. So ships need to use fuel oil which is inherently low enough in sulphur, in order to meet IMO requirements.

Some ships limit the air pollutants by installing exhaust gas cleaning systems, also known as “scrubbers”. This is accepted by flag States as an alternative means to meet the sulphur limit requirement.

Ships can have engines which can use different fuels, which may contain low or zero sulphur. For example, liquefied natural gas, or biofuels.

No. There can be no change in the 1 January 2020 implementation date, as it is too late now to amend the date and for any revised date to enter into force before 1 January 2020.

Will new fuels be needed to meet the 2020 limit? Will there be enough?

It is likely that new blends of fuel oil for ships will be developed, For example, a gas oil, with a very low sulphur content can be blended with heavy fuel oil to lower its sulphur content.

These new blends are likely to cost more initially than the “heavy fuel oil” bunkers (fuel) used by the majority of ships today. Ships can also choose to switch to a different fuel altogether. Or they may continue to purchase heavy fuel oil, but install ”scrubbers” to reduce the output of SOx in order to have an equivalent means to meet the requirement.

Of course, some ships are already using low sulphur fuel oil to meet the even more stringent limits of 0.10% m/m when trading in the already-established emission control areas. So those fuel oil blends suitable for ECAS, will also meet the 0.50% m/m limit in 2020. However, there is a cost differential, and these blends are more expensive than heavy fuel oil.

Consistent compliance with the new limit is vital. What is IMO doing about that?

Monitoring, compliance and enforcement of the new limit falls to Governments and national authorities of Member States that are Parties to MARPOL Annex VI. Flag States (the State of registry of a ship) and port States have rights and responsibilities to enforce compliance.

IMO is working with Member States as well as industry (including the shipping industry and the bunker supply and refining industry) to identify and mitigate transitional issues so that ships may meet the new requirement.

You can also download a more detailed set of FAQ here.