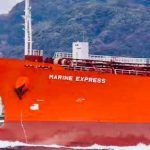 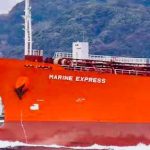 Tanker ship MT Marine Express, which went missing from the anchorage point in the Gulf of Guinea on Feb. 1st, is now under the command of the Captain and Crew. All crew members are reported safe.

The tanker vessel carrying 13500 tons of gas oil is owned by Ocean Transit Carrier SA, a Japanese company, whereas the 22 sailors were appointed on the ship byHong Kong firm Anglo-Eastern Shipping

The External Affairs Minister Sushma Swaraj also expressed joy stating that all the crew members, released by pirates after four days, are safe and the ship has resumed sailing. 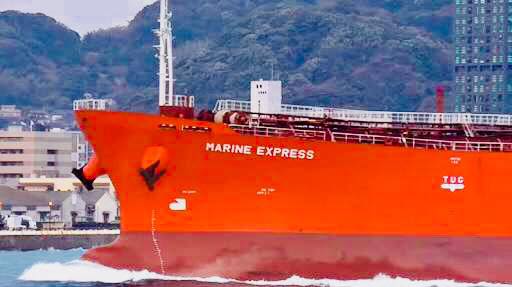 The tanker ship went missing less than a month after another vessel, MT Barret, disappeared off the coast of Benin in January, and was later confirmed to have been hijacked. The 22 crew members of MT Barret, most of whom were Indians, were reportedly released after a ransom was paid.

Recently, Gulf of Guinea has become a hot target for pirates for stealing cargo and demanding ransoms, even as piracy incidents fall worldwide.