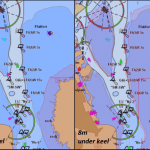 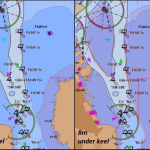 A new digital test service could make it easier for mariners to assess how tidal level and weather affect their plans to pass through challenging passageways where shallow water poses a risk. Initially, for testing purposes, the service covers the Sound between Sweden and Denmark.

When going through shallow passages all around the world, navigators have to manually determine the best time to sail through, taking such factors as tidal levels, weather impact and the vessel’s under keel clearance into consideration. Soon, however, this may change as more data is collected and made available. 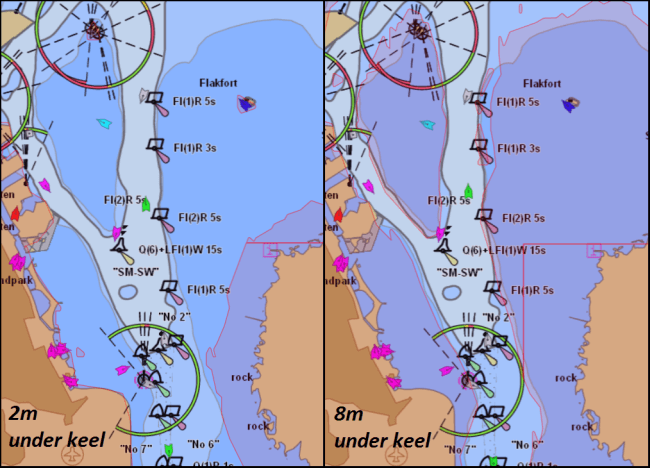 That is the result of a new digital test service combining detailed bathymetry, constantly updated tidal tables and weather reports to show ‘comfort zones’ and ‘no-go areas’ for vessels with different draughts. The service has been developed by the EU-funded project EfficienSea2 and can be accessed on both computers and tablets by those with a login to the web platform BalticWeb. Christopher Saarnak, Project Leader for EfficienSea2 and Chief Adviser at the Danish Maritime Authority, says about the test service:

“It is all about making life more efficient for the navigator so that he or she can focus on manoeuvring the vessel. Rather than asking them to combine data from sea charts, tidal tables, weather forecasts and the vessel’s draught, all while navigating the ship, our service would offer a way to do it automatically. In the end, it could free up valuable time for the crew.”

At first, navigators have to check the platform BalticWeb, which is a demonstration platform used to test digital services, on their computer and/or tablet when using the ‘Under Keel Clearance Service’. The relevant data will then be added as another layer on the nautical charts of BalticWeb, clearly showing where it is unsafe to sail.

With time, however, Christopher Saarnak sees the potential for making the service even more useful than it would be currently:

“The future perspectives for this kind of service are great. The better the data becomes, the less stress will be put on the navigators when sailing. This kind of service will also need to be thoroughly implemented if autonomous ships are ever to truly take off, and we are happy to help them do so,” he says.

The data for the service is delivered by the Danish Meteorological Institute, the Danish Geodata Agency and the Swedish Maritime Administration.

The new test service covers the Danish/Swedish waters surrounding the Sound, but could potentially be adjusted to include other parts of the Baltic Sea and potentially the world.

The service is being delivered to BalticWeb through the MCP – previously known as the Maritime Cloud – which makes it possible for other nations to make their own bathymetric, weather and tidal data more readily available for use in similar services.

“While knowing your no-go zones is advantageous when just covering the Sound region, it is our ambition to expand the concept to other waters. A wide use of dynamic under keel clearance will give mariners an extra assurance when sailing through passages they are not intimately familiar with,” says Christopher Saarnak.

The work done on the new service draws inspiration from the International Hydrographic Organisation working on a production specification (S-129) for Under Keel Clearance as well as from around the world, where a group of countries, perhaps most notably Australia, are investing in similar services.