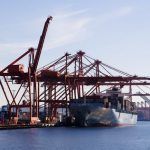 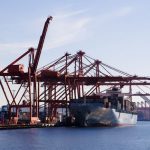 On a trade mission to India, the Montreal Port Authority (MPA) has signed a Cooperative Agreement with Mundra Port, Gujarat State, north of Mumbai. This agreement aims to develop cooperation in marketing and business development while sharing information on marine operations and industry best practices. 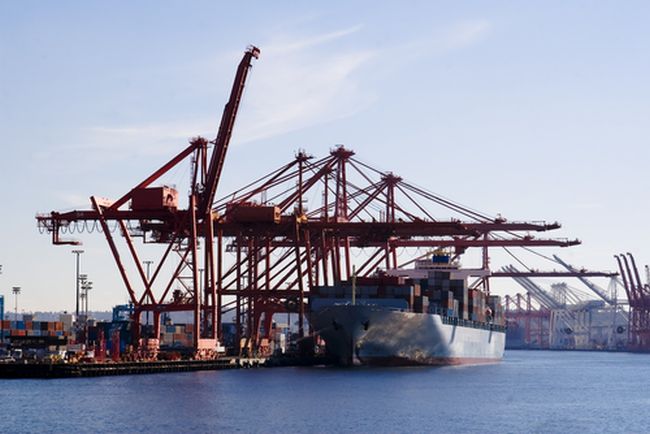 Asia accounts for 25% of the Port of Montreal’s market and is by far the fastest growing segment. India alone accounts for 5%, yet was virtually non-existent as a market just a few years ago. The Port of Montreal and Mundra Port both receive container ships, notably from such major international shipping lines as MSC and Hapag-Lloyd, CMA CGM, OOCL and Maersk. They ensure connections between ports on North America’s East Coast and Mundra through transhipment ports in the Mediterranean.

The signing of the Cooperative Agreement was followed by a reception organized in honour of the Port of Montreal by the Port of Antwerp, Belgium, which also has a Cooperative Agreement with the MPA. The event brought together a hundred or so players in the transport industry. Among those present were: Ms Christine St-Pierre, the Quebec Minister of International Relations and La Francophonie; Mr Jordan Reeves, Consul General of Canada, Mumbai; Mr Dominic Marcotte, Consul and Director of the Quebec Government Office in Mumbai; Mr Luc Arnouts, Antwerp Port Authority Director of International Relations; Capt. Sandeep Mehta, President of Adani Ports and Special Economic Zone, representatives of shipping lines providing services to Montreal, shippers, freight forwarders and representatives of the Association of Multimodal Transport Operators of India (AMTOI).

The MPA delegation is composed of Tony Boemi and Rosetta Iacono, respectively Vice-President and Director, Containers, Growth and Development at the MPA, along with Jeremy Masters, Representative of the MPA in Asia, and representatives of CN and CP, the two railway partners of the MPA.

Vice-President, Growth and Development at the MPA Tony Boemi: “Asia, and especially India, is an emerging market with enormous potential. It and the Port of Montreal are already solidly connected thanks to container services. This Cooperative Agreement with Mundra Port strengthens our presence in India and showcases the Port of Montreal’s advantages as a strategic gateway of choice for goods destined for the North American market.”

Quebec Minister of International Relations and La Francophonie Christine St-Pierre: “The Port of Montreal is a leading economic driver for Quebec prosperity. Under the Maritime Strategy, we have everything to gain from supporting its international outreach projects and I look forward to signing the Cooperative Agreement with the Port of Mundra, India’s largest commercial port. Quebec, through the logistics chain of its metropolis, is expanding its presence in this already huge Asian market with such strong growth potential. For more than ten years, the Quebec Government Office in Mumbai has been supporting Quebec companies and institutions in the Indian market.”

Consul General of Canada, Mumbai Jordan Reeves: “The Government of Canada fully supports the Port of Montreal’s efforts as it solidifies its position as the leading container port on Canada’s East Coast and strengthens its trade relations with the Indian market, which is emerging and increasingly significant.”

The Montreal Port Authority (MPA) is on a trade mission to India from February 12 to 16. This mission, actively involving three members of the MPA and representatives of its railway partners CN and CP, has stops scheduled in Mundra and Mumbai.

The mission’s objective is to increase the Port of Montreal’s visibility with the Indian marine transport logistics chain. The MPA also aims to strengthen its business and cooperative ties with Indian ports, specifically Mundra Port, with which it has reached a cooperative and mutual assistance agreement.

India is one of the largest emerging markets in the world. With a population of 1.34 billion (2017), a 7.2% growth rate in its gross domestic product and a rapidly growing middle class, India is experiencing a rapid increase in its infrastructure and product needs of all kinds: agro-food, consumer goods, construction materials, energy, etc.

Trade between India and the Port of Montreal is growing. From 2016 to 2017, the volume of goods to and from India rose by 40%. Freight transport is provided by the international container shipping giants Maersk, Hapag-Lloyd, CMA CGM, OOCL and MSC, all longstanding partners of the Port of Montreal. A large part of this traffic transits through Mediterranean transhipment ports, mostly in Spain, Italy and Portugal.

The Port of Montreal delegation arrived in Mumbai then travelled to Mundra, where it signed a Cooperative Agreement with Mundra Port before returning to Mumbai. Many meetings are planned there with representatives of major international shipping lines, shipping agencies and other players in the shipping industry.