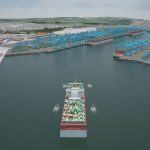 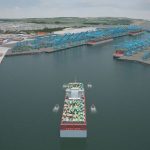 Chilean President, Michelle Bachelet, announced the construction of the Outer Port in San Antonio, located approximately 100 km to the west of the capital, Santiago.

The new port infrastructure, which will be constructed in phases in line with increases in demand, will have a total annual throughput capacity of 6 million containers (TEU), in addition to Puerto San Antonio’s current capacity. 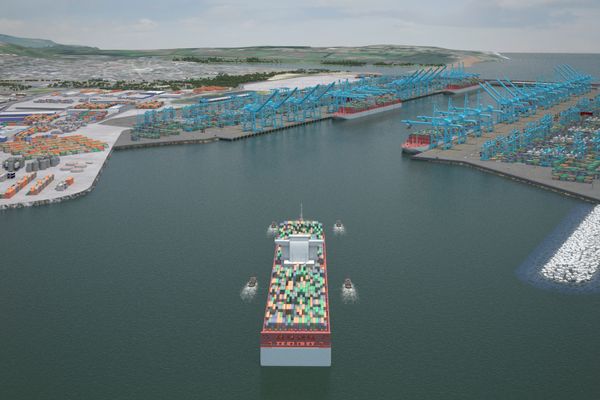 “San Antonio possesses suitable technical and structural characteristics, and also offers all of the necessary elements to develop a first-rate international logistics platform,” said José Luis Mardones, Chairman of the Board of Puerto San Antonio.

The implementation of this project will enable the country to meet the growing demand for maritime and port services, as well as to maintain a competitive position in international trade, and consolidate its role as a Latin American logistics hub. “The announcement has been made at the right time, and it will bring enormous benefits for the country. The development of higher-capacity port installations is essential to access economies of scale and achieve higher levels of efficiency in imports and exports,” Mardones added.

“Without doubt, San Antonio has all of the physical and operational characteristics required to develop this new port infrastructure and, as a company, we have spent several years conducting studies and reinforcing our relationship with the city, so we feel ready to take on this challenge,” noted Project Director Daniel Roth.

The construction of the new terminal in San Antonio does not require public funds, as it will be financed through port tariffs—the same as those charged currently for the use of existing infrastructure—and will entail a total investment of USD 3.3 billion. This represents an enormous benefit for the country, given the scale of the commercial opportunities and connectivity for the central and southern regions of Chile, extending the positive effects throughout the country.

The Outer Port project will have a total annual throughput capacity of 6 million TEU, and will be developed in phases in line with increases in demand.

It will have two quays of 1,730 meters each, offering the ability to receive up to 8 E class vessels (397 meters in length) simultaneously. Each terminal will have a support area of 96 hectares for handling containers, in line with the mains ports around the world.

The new quays and inner navigation areas will be protected by a 3,900 meter long breakwater, guaranteeing the entry and departure of ships in adverse conditions, with winds of up to 20 knots and waves of up to 2.5 meters.

In terms of connectivity, the project will have exclusive access to Highway 78, which links San Antonio to Santiago, and Highway 66, which connects the port to the city of Rancagua and major agricultural production areas. Additionally, plans have been developed to increase the use of rail freight transport which will enable up to 40% of the port’s total cargo to be handled by train, increasing efficiency in the land transport of cargo.

A new 4-lane road access has been designed that will connect the two Outer Port terminals with the current port access route, which will be extended from 4 to 6 lanes.

Rail access from Santiago will be provided via the existing route to Llolleo station in San Antonio. Here, a depot will be provided with 4 railroads, which will serve as a temporary parking area for trains in order to regulate traffic between the port and the current line. From this point, two new railways will be constructed to connect to the new marine terminals.

The field studies that have been performed confirm the existence of suitable conditions for the location and construction of the works. In particular, underwater boreholes have been drilled and confirmed the excellent geotechnical characteristics (soil mechanics) of marine sub-soil, which is suitable for the construction of the breakwater and quays.

Puerto San Antonio has requested Chile´s Antitrust Agency, the Tribunal de Defensa de la Libre Competencia (TDLC) to set the conditions for competition of the tendering process of the Outer Port’s first terminal. The Environmental Impact Assessment will be entered in the Environmental Impact Assessment System later this year. Construction is expected to begin in 2020 once these permits are awarded.

Puerto San Antonio has hired spanish engineering firm SENER to perform the detailed design and optimization of the breakwater, as well as the physical modeling of the Outer Port, which has been to HR Wallingford, and which will complement the results of the basic engineering studies that have already been carried out.