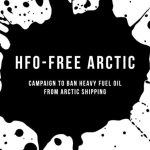 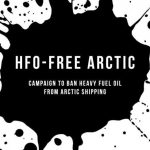 Responding to the agreement of the International Maritime Organization (IMO) to move towards a ban on the carriage of shipping fuel with sulphur content above 0.5%, Dr Sian Prior, lead advisor to the Clean Arctic Alliance, said:

“The Clean Arctic Alliance welcomes the 2020 sulphur ban, which should drive a switch away from the use of heavy fuel oil (HFO) towards lighter alternatives – and result in less black carbon released in the Arctic environment”, said Prior. “However, while the sulphur cap will reduce the amount of heavy fuel oil being used anywhere – including in the Arctic – it will not eliminate it completely. We’re calling on the IMO to make progress towards a ban on HFO at this April’s MEPC meeting, to protect the Arctic from the world’s dirtiest fuel.” 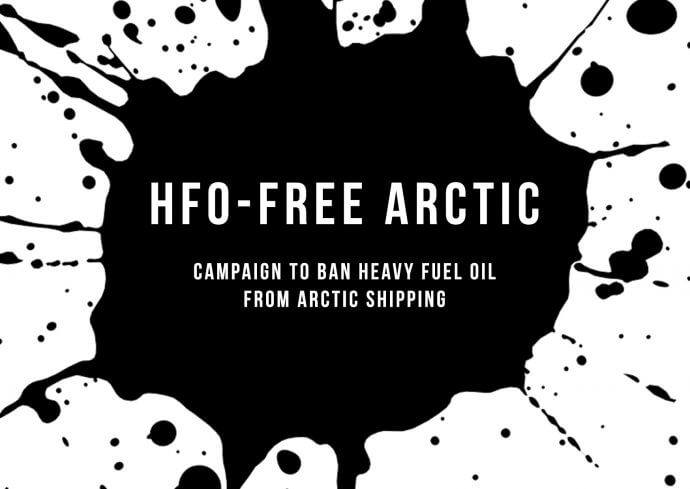 After 2020, it is expected that while HFO with less than 0.5% sulphur will be available (but is in short supply), while distillate blends will be more readily available.

The IMO Sub-Committee on Pollution Prevention and Response (PPR) took place in London from 5th-9th of February, where draft amendments to the MARPOL Convention were agreed upon limiting the sulphur content of fuel after January 1st, 2020, along with a reporting protocol for voluntary studies to collect black carbon data and on the best black carbon measurement methods for data collection.

“The Clean Arctic Alliance is disappointed with the lack of commitment to start discussions of measures for dealing with black carbon impacts on the Arctic during PPR5. That said, exploring the issue intersessionally should allow member states to consider the various abatement measures on the table, and hopefully rule out those that are neither appropriate or feasible.”

On scrubbers as a response to the Sulphur Cap:

In a recent comment, Prior, wrote: “Scrubbers… are far from a perfect solution. From 2020, in order to reduce sulphur oxide (SOx) emissions from shipping, IMO regulations dictate that fuel must have a maximum of 0.5% sulphur content. Ship operators will need to either switch to low sulphur fuel or use a scrubber to remove the SOx from the exhaust gas. While switching to low-sulphur fuel tackles the problem of air emissions at source, scrubbers are an end-of-pipe technology, which produces a residue (sludge and wash-water) from the cleaning process that needs to be disposed of – and there is concern that scrubber residue and wash-water could end up being dumped in the ocean”.

“As well as reducing SOx emissions, a switch by all ships from residual or heavy fuels to lighter or distillate fuels can be expected to reduce black carbon (BC) by more than half, though the reductions will be lower if ships switch from residual fuels to blends of residual and lighter fuels. Between 2013 and 2015, global shipping emitted on average 77 kilo-tonnes of BC annually. BC is a potent, relatively short-lived, climate forcing agent with a Global Warming Potential 3200 times stronger than CO2. When emitted and deposited on Arctic snow or ice, the climate warming effect of BC is at least five times more than when emitted over open ocean in temperate latitudes. In recognition of the serious impact of BC emissions from global shipping on the Arctic environment, the IMO began a work process to address the threat in 2011. Having agreed on a definition of black carbon, and identified ways to measures emissions accurately, the IMO will now have to decide on BC abatement options by 2019.”

Scrubbers Are Not the Perfect Solution – for the Arctic or Anywhere

“Moves to close a loophole in enforcement of the cap on high-sulphur marine fuel, which comes into effect in January 2020, have been welcomed by the Clean Shipping Coalition (CSC). Ships will be banned at that time from burning any marine fuel with a sulphur content above 0.5%, but the ban does not prevent ships from carrying fuel exceeding the 0.5% limit. This opens up the possibility of massive avoidance by unscrupulous operators when operating out of sight on the high seas.”

How Can We Reduce Black Carbon Emissions From International Shipping?

Heavy fuel oil is a dirty and polluting fossil fuel that powers ships throughout our seas and oceans. Around 75% of marine fuel currently carried in the Arctic is HFO; over half by vessels flagged to non-Arctic states – countries that have little if any connection to the Arctic.

Already banned in Antarctic waters, if HFO is spilled in the colder waters of the Arctic, it breaks down slowly, with long-term devastating effects on both livelihoods and ecosystems. HFO is also a higher source of harmful emissions of air pollutants, such as sulphur oxide, and particulate matter, including black carbon, than alternative fuels such as distillate fuel and liquid natural gas (LNG). When emitted and deposited on Arctic snow or ice, the climate warming effect of black carbon is up to five times more than when emitted at lower latitudes, such as in the tropics (see infographic: Responding to Arctic Shipping Oil Spills: Risks and Challenges).

In July 2017, following MEPC71, a meeting of the International Maritime Organization’s Marine Environment Protection Committee the Clean Arctic Alliance welcomed the support given by Member States for a proposal to identify measures which will mitigate the risks posed by the use of heavy fuel oil (HFO) in Arctic waters, and called on the IMO to work towards a swift conclusion of the work.

About the Clean Arctic Alliance

The following not-for-profit organisations form the Clean Arctic Alliance, which is committed to achieving the phase-out of HFO as the marine fuel in the Arctic: