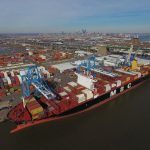 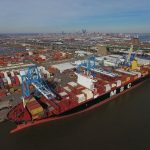 PhilaPort has a long history of trade with the agriculturally rich countries of Chile and Peru. In 2017, the value of the cargo originating from Chile had a value of over $1.1 billion dollars and $475 million from Peru, a 15 percent increase from the previous year.

“Being able to handle a 12,200 TEU container capacity vessel is a game changer”, said Jeff Theobald, PhilaPort Executive Director and CEO. “This size of the vessel is increasingly being used as the workhorse for shipping lines around the world. It’s the reason why we are working so hard to make the necessary capital improvements which we have planned as quickly as possible.” 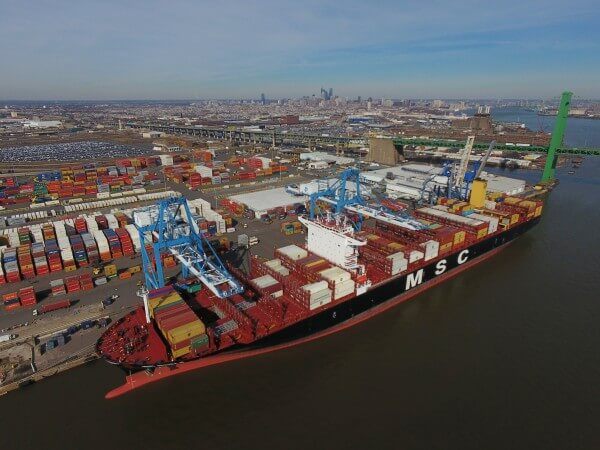 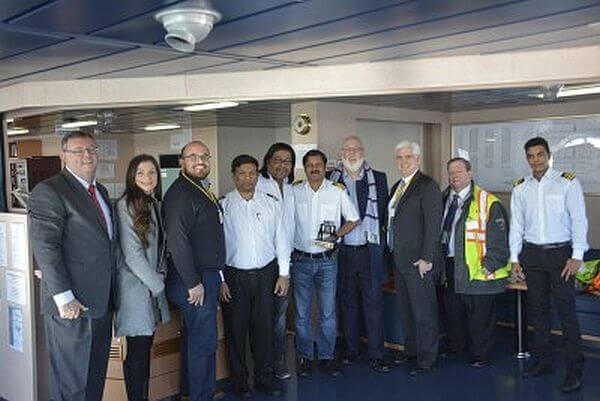 In 2017, the Port realized 19 percent growth in its containerized cargo volumes handling 548,000 containers.

“It’s great to see this new class of vessel here before we have our new cranes and the official opening of the new deeper channel”, said Tom Holt, President of Holt Logistics. “It’s definitely a sign of more good things to come.”

The M/V MSC Shuba B is as large as the new 60-story Comcast Technology Building being constructed in Philadelphia at 1,100 feet long and a deadweight of 134,000 mt. This is the largest class of vessel that MSC currently has calling the U.S. East Coast.