Cyber Attacks Against Companies Doubled Over Past Five Years

iContainers: Shipping Carriers’ M&A Activities To Slow Down In 2018 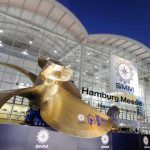 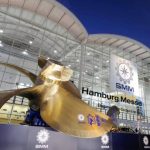 Enhancing transparency, boosting efficiency: big data has arrived in the shipping industry. But besides opportunities, network integration also harbours risks. At MS&D, the International Conference on Maritime Security and Defence, experts will outline how maritime enterprises can protect themselves effectively against cybercriminals. Threats originating from climate change, and security policy challenges are further items on the agenda.

According to the Global Risk Report 2018, the number of cyber attacks against companies has nearly doubled over the past five years. The shipping industry has not remained unscathed. Last year the industry leader Maersk was the most prominent victim of a hacker attack that disabled major portions of the company’s IT systems. The incident cost the Danish shipowning company anywhere between 250 and 300 million dollars. “Cybercrime is the greatest threat to all companies around the world,” stresses Ginni Rometty, President and CEO of the technology giant IBM. According to Lloyd’s of London, an “extreme” cyber attack could cause up to 53 billion dollars in damage to businesses.

The leaders of the shipping industry are well aware of this challenge. 80 percent of them consider cybersecurity as an “important” or “very important” issue, the current SMM Maritime Industry Report (MIR) concludes. But what are the best strategies for shipowners to defend themselves? On 6 and 7 September 2018, the International Conference on Maritime Security and Defence (MS&D) in Hamburg will discuss solutions. 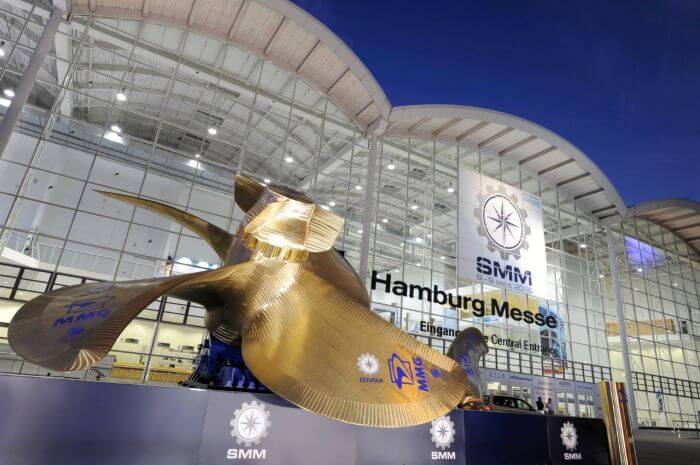 This will be the tenth time this conference featuring top-ranking experts takes place as part of SMM, the leading international maritime trade fair. For the first time, its comprehensive programme will extend over two days. “As the MS&D success story continues, we are making this change to highlight the vital importance of these topics for the future,” said Bernd Aufderheide, CEO and President, Hamburg Messe und Congress GmbH. As in the past, numerous internationally renowned experts will come to the Hamburg trade fair complex to present their views, share information and discuss various concepts. From antivirus software and 24×7 protection by IT experts to effective defences against system sabotage, including terrorist cyber attacks, Patrick Rossi, Cybersecurity Manager at the ship classification society DNV GL and an experienced maritime consultant, will give practical advice on protecting data integrity.

In his presentation at MS&D, Patrick O’ Keeffe, a Legal Advisor at the NATO Centre of Excellence for Operations in Confined and Shallow Waters (COE CSW), and CEO of the IT company AMC Solutions will provide an overview of emerging cybercrime threats to naval operations.

His message: “It takes more than an excellent IT solution to ensure the sustainable protection of the sovereignty of naval vessels.”

Geostrategic consequences of global warming will be another major topic at MS&D. According to recent research done by the University of Colorado at Boulder, coastal sea levels will rise by an average of 65 centimetres by the year 2100 compared to 2005, twice the increase previously predicted by most experts. A dangerous scenario, especially for ports and coastal communities. Professor Dr Christian Webersik, deputy director of the Centre for Integrated Emergency Management (CIEM) at the University of Agder, Norway, will speak about potential crises and unrest in affected regions. The consequences of melting Arctic ice for the maritime security framework in Arctic regions will be the subject of a lecture by Dr Patricia Schneider from the Institute for Peace and Security Policy Research at the University of Hamburg.

The head of the Centre for Asia-Pacific Strategy and Security at the University of Kiel (ISPK), Dr Sarah Kirchberger, will speak about China’s role as an aspiring maritime power, and the general maritime security situation in the Far East. She will address China’s expansion of its naval forces which has prompted countries such as Japan, India and Indonesia to follow suit and invest heavily in their navies. China’s hegemony, as well as the tensions surrounding North Korea and the confrontation with Russia, are the backdrop of US President Donald Trump’s announcement to increase the US military budget by more than 15 percent to a total volume of about 686 billion dollars. The US Navy will be among those who will benefit, with its annual budget set to increase by more than five billion dollars. To reach the ambitious 355-ship goal, an additional 16 cruisers and destroyers will be added to the fleet. Amid refugee crises, regional tensions and international terrorism, navies and coast guards around the globe respond to new threats by updating and expanding their capacities – another topic that will be discussed at MS&D which will once again be attended by numerous high-ranking naval delegations.

The MS&D conference will take place on 6 and 7 September 2018 in the Hamburg Messe exhibition halls. The media corporation partner for the event will be the prestigious magazine “Naval Forces”. As the leading international maritime trade fair, SMM will provide an ideal environment for showcasing everything related to maritime security and defence: Apart from shipyards specialising in naval vessels, the roster of exhibitors includes numerous outfitters and providers of specialised services who will present security-related innovations, from anti-piracy to port protection through to cybersecurity. Exhibition Hall B8 will be dedicated specifically to these topics. What is more, the “Security Route” will guide fair visitors to exhibitors offering security-related products and services.

The leading international maritime trade fair takes place in Hamburg every two years. More than 2.200 exhibitors and roughly 50,000 visitors are expected to attend the trade fair in the famous port city from 4 to 7 September 2018. SMM covers the entire maritime value chain, bringing together decision-makers from around the world and highlighting innovative technology.