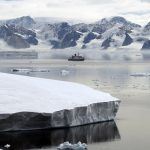 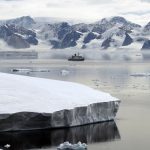 MOL has been participating in the Yamal LNG Project, which is the world first large scale energy project that exports cargoes through the Northern Sea Route, and MOL’s first ice-breaking LNG carrier for the project is slated to go into service at the end of March, following ice trials (ice-breaking sea trials) in Arctic waters (*1). MOL has also been proceeding with a feasibility study aimed at establishing an LNG transshipment terminal and marketing complex in the Kamchatka area with PAO Novatek, who is the largest independent gas producer in Russian and the main shareholder of the Yamal LNG project (*2). 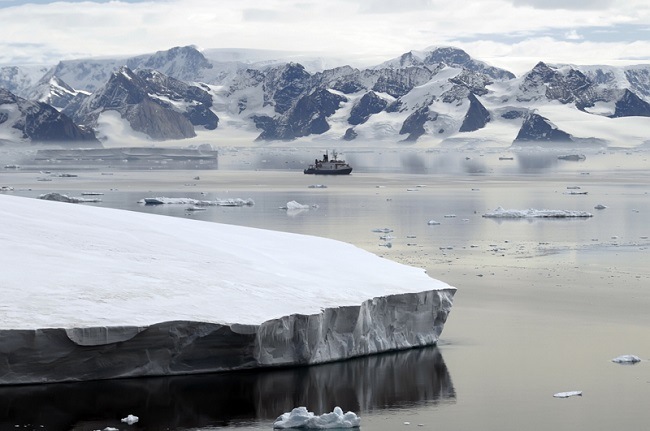 There exist abundant natural energy resources (natural gas, oil, coal and etc.) in the Arctic area. However, the opportunities for exploiting these resources have been limited because of the unavailability of transportation options in the Arctic. With the reduction of ice in the Arctic and the design of new ice-breaking commercial vessels, the transportation of Arctic natural energy resources has become commercially viable. In the Arctic area, new projects are following in the steps of the Yamal LNG Project. Asian countries, including Japan, who import energy resources, will welcome the access to new energy sources, particularly with respect to energy security, and it is expected that there will be a significant trade growth in energy delivered through the Northern Sea Route.

Moreover, for trades between Europe and Asia, compared with the traditional route via the Suez Canal, the Northern Sea Route is a much shorter distance, which equates to less time, and reduced costs and CO2 emissions for transportation. It is therefore expected that there will be an increase in the trade of goods, in addition to energy resources, through the Northern Sea Route in the future.

Currently FEIA assists the implementation of several mega-projects, including the development of the Northern Sea Route as a reliable and commercially viable corridor for Russian and foreign goods.

“We hope that MOL will be effectively using the Northern Sea Route for transporting cargos to Japan and other Asia-Pacific countries and jointly we will be able to attract significant investments into the Northern Sea Route infrastructure development. The Agency is ready to help MOL in implementing all its current and future projects,” General Director of FEIA Leonid Petukhov said.

“One of our key goals is to create a model for development of the Northern Sea Route as a global transit corridor between Europe and Asia. It is undoubted that this work helps to reinforce Russian-Japanese economic relations,” Alexander Galushka added.

MOL will be unremitting in its efforts to gather the most advanced knowledge and develop resources for Northern Sea Route operations, further expanding the high-quality ocean transport services it has available for its global customers. Through these projects, MOL will not only be able to make a significant contribution to expanding trade between Russia and Japan, but also help further cement the positive business relationship between the two countries.