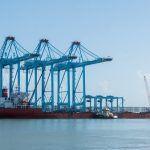 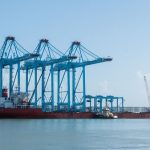 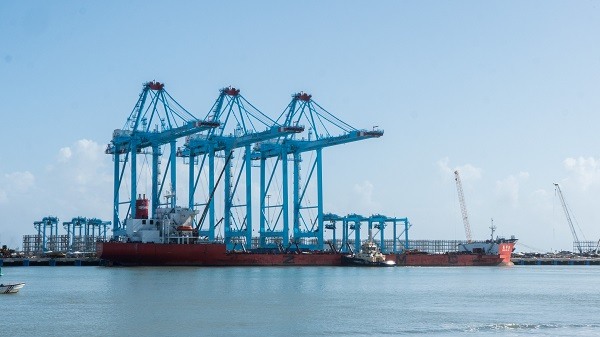 “Costa Rica, and especially Limón, celebrate the strengthening of trade and port vocation of this province. These first three gantry cranes continue to strengthen the potential to further connect our country with world trade,” stated President Solís Rivera. Costa Rica is currently the world’s largest exporter of pineapples and the 3rd-largest exporter of bananas. Sugar and coffee, as well as clothing and electronics, are also major export products. Costa Rican businesses and consumers will benefit from new world-class port infrastructure, which will be able to operate 24 hours per day, 365 days per year. More than 60% of the terminal’s capacity will be devoted to refrigerated container handling which will significantly improve the supply chain for perishables

“Costa Rica is preparing to inaugurate much more than a Container Terminal; the country is inaugurating a new era in its commercial relations with the world, and this will have a direct impact on the country’s economy and an important advance in the global connectivity ranking,” said Morten H. Engelstoft, CEO of APM Terminals.

The environmentally-friendly, electric-powered cranes are the first in Costa Rica with a 22-container row reach, enabling direct calls of the larger class of container ships entering Latin American trade lanes. The STS cranes will be able to accommodate vessels of 8,500 TEU capacity – a first for Costa Rica.