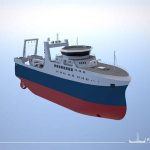 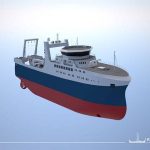 An entirely new design for the ocean factory trawler segment has been released by KNUD E. HANSENs Faroe Islands design team. From stem to stern this design redefines the classic trawler layout which has remained more or less unchanged for decades.

The designers state: “The aim of this design is to set new standards for the next generation of ocean factory trawlers, seeking innovation in all solutions and adaption of new technologies to the long proven concept of stern trawlers”. 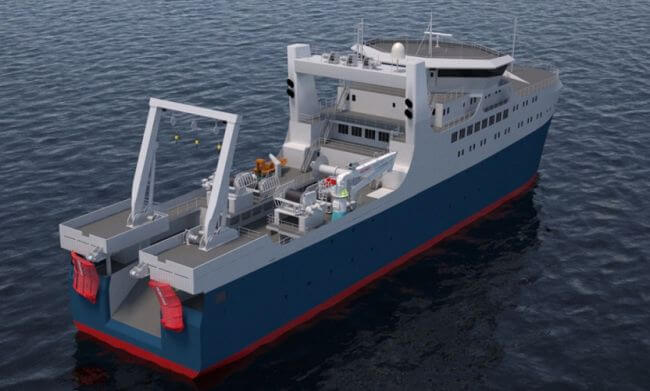 Why fix what is not broken?

What we have seen in recent years and what our clients in the North Atlantic have stated, is the fact that there have been very little change and improvement in the design of ocean factory trawlers for decades.

Trawlers need large towing power and therefore the engines and propellers keep getting bigger to improve efficiency. As the trawler draught sets a limit for the size of the propeller, trawlers are often designed with a stern trim, which can have a negative effect on the propulsion performance and slamming.

The classic ocean factory trawlers have grown bigger in size and capacity over the years but there has been very little innovation in recent designs and constructions.

Marni Olsen explains, that “at KNUD E. HANSEN the evaluation of the original design, construction, components and technology led us to conclude that improvements can be made – and are indeed needed”.

So we set a course to rethink and improve many aspects of the trawler including:

Distinctive features of our new design

The new design is a complete rethink of all main features, construction and components of the classic ocean factory trawler. Improvements have been made to almost every aspect of the original layout bringing out an entirely new functionality and simplicity.

Having the cargo hold and engine room kept separated on the lower decks in the full length of the vessel generates the changes of the entire layout. Having a linear arrangement on these decks opens up new options for functionality and workflow, and use of space throughout the entire vessel.

The main distinctive features of our new design include: 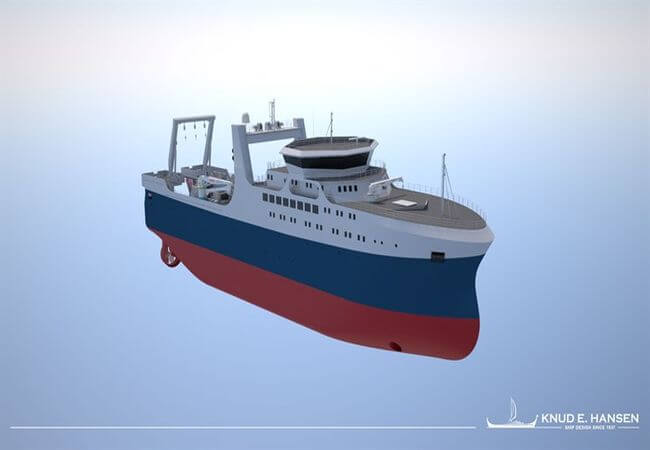 Accommodation quarters are all placed forward on deck 4, 5 and 6. On deck 4 there are twenty cabins, on deck 5 and 6 there are six cabins on each deck. The crew lives in single berth 15 m2 cabins, incl. toilet, with the officer’s cabins being somewhat bigger.

The mess-room, galley and saloons are all on deck 5. The mess-room has the capacity to serve the entire crew at the same time and features good visibility through big windows. 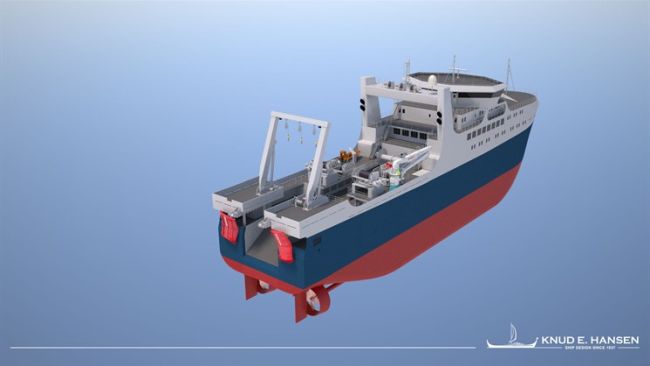 The accommodation quarters, cabins, corridors and stairwells are arranged so that starboard crew on watch doesn’t need to disturb port crew off duty and vice versa.