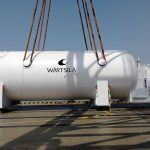 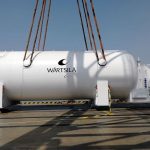 The technology group Wärtsilä’s Fuel Gas Supply Systems have passed a significant milestone with the 100th order being booked. Two new shuttle tankers being built for Singapore based AET Tankers will feature Wärtsilä 34DF dual-fuel auxiliary engines running primarily on LNG fuel, and fitted with LNGPac units. This contract brought the total number of orders received for this innovative system to 100.

First introduced in 2009, the Wärtsilä LNGPac has played an important role in establishing the viability of LNG as a marine fuel. The system comprises a bunkering station, the LNG fuel tank and related process equipment, as well as the control and monitoring system. The LNGPac fuel system can be offered as a standalone product, or as part of a complete propulsion system. 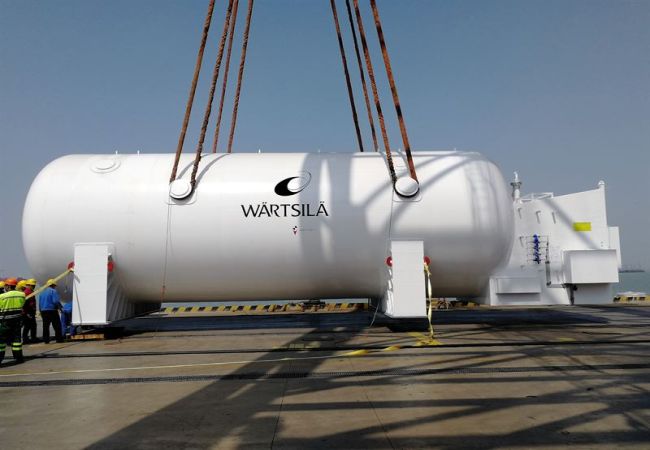 The first LNGPac installation was for the chemical tanker ‘Bit Viking’ owned by Swedish operator Tarbit. This vessel was converted for LNG fuel operation in 2011, and its success paved the way for the rapid acceptance of the Wärtsilä solution. Today the LNGPac is installed on some 12 or more different types of vessel, including passenger ferries, tugs, dredgers and offshore vessels. Wärtsilä can deliver LNG systems for propulsion and power generation for any applicable type of ship or engine.

Since the original introduction of the LNGPac, Wärtsilä has continued to develop the system. The company has, for example, pioneered the utilisation of the cold energy stored in LNG by using it to cool the onboard HVAC and galley system. Another pioneering achievement has been the development of a compact LNGPac with an integrated gas valve unit (GVU) and airlock. The inline tank connection space for single shell tanks has been developed, as has been a dedicated LNG fuel pump based on the well-proven deepwell pump technology. As the maritime industry moves into a new era of connectivity and digitalisation, Wärtsilä is actively developing more smart features for the LNGPac, such as energy content measurement and real-time gas quality measurement.

The LNGPac system can be customised to the needs of each project on a case by case basis. Dedicated engineering is conducted from the beginning of the project to match the specific operational requirements, safety and classification society requirements.

Its innovative features have made the LNGPac a market leader in fuel gas supply systems. Wärtsilä offers optimised maintenance agreements, including condition-based monitoring (CBM), for the LNGPac system.