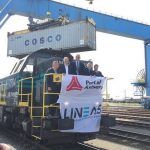 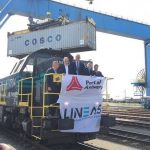 The first Silk Road train bound exclusively for Antwerp arrived on 12 May. The freight train that left the Chinese port city of Tangshan on 26 April was officially welcomed in the port of Antwerp. This direct train link between China and Antwerp forms part of the Chinese transnational “Belt & Road Initiative” with which China seeks to revive the ancient trading routes between Asia and Europe.

The train connection forms part of the “Belt & Road Initiative” (BRI), the ambitious development programme launched by the Chinese president Xi Jinping. This is aimed at raising connectivity between Europe and Asia with large-scale infrastructure projects and restoration of the historic “Silk Roads” between Europe and the Far East, so as to provide an efficient overland route to complement the traditional maritime connections. 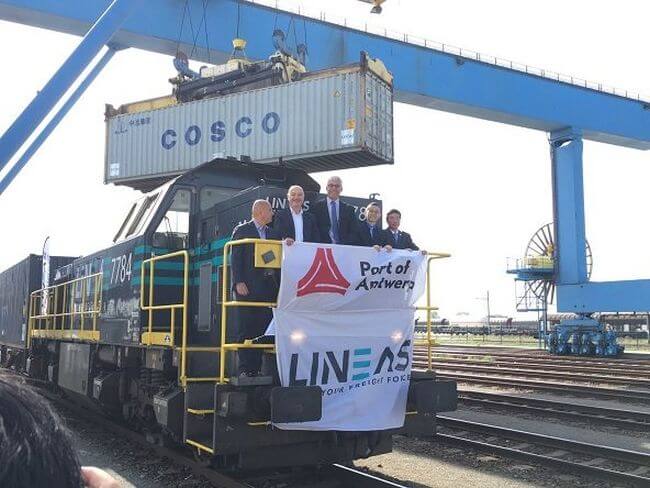 The train left the Chinese port city of Tangshan and crossed the border at Alashankou, travelling via Kazakhstan, Belarus, Poland and Germany. It arrived at its final destination of Antwerp after 16 days and 11,000 km. This is the first train ever to reach Antwerp directly from China. The rail service is an initiative of Tangshan City & Tangshan Port in collaboration with the Chinese state-owned Cosco shipping line and the Chinese rail company CRCT.

The consignee was Cosco Shipping Belgium, which provides onward transport to the end customers. The train carried a total load of 34 containers with industrial minerals used in various industries such as making paper, ceramics, toothpaste and cosmetics. These were unloaded by Euroports which transferred them to its bulk terminal for distribution in Europe.

Luc Arnouts, head of international networks at Antwerp Port Authority, declared: “This direct train service puts our port firmly on the BRI map and will further strengthen our existing links with China. We have been developing these links for a long time now, and this is an important milestone in our trading relations with China.”

Port alderman Marc Van Peel added: “China is Antwerp’s fourth-largest trading partner country, generating an annual freight volume of nearly 14 million tonnes. Antwerp is ideally situated both on the maritime route and on the rail route between Europe and China, and our port is perfectly positioned as a transhipment hub for trade between China and Africa by rail.”

Geert Gekiere, managing director of Euroports Belgium, concluded: “We are proud and honoured to carry out unloading and handling of the cargo from this first direct train between China and Antwerp. We always encourage our customers to make their supply chain as efficient as possible, and so nearly all our terminals offer road, rail, and water connections. Transport from the Tangshan area by traditional container ship takes more than 35 days on average, while this train can do it in a time of 16 to 20 days, with relatively low costs.”

The Tangshan local authority intends to operate a direct train to Antwerp one or two times per month. Tangshan City accordingly seeks to develop closer links with the Port of Antwerp and has proposed a twinning arrangement. The Chinese rail company CRCT is currently examining the feasibility of setting up a commercial office in Europe.