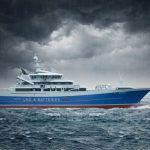 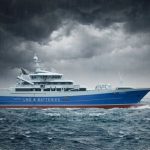 MAN Diesel & Turbo has been selected to provide a complete propulsion package and fuel-gas system for the world’s first fishing vessel with LNG propulsion. An 86-metre newbuilding purse-seiner, the ‘Libas’ will be built by Cemre Shipyard in Istanbul. It will feature a MAN 6L51/60DF main engine, Renk gearbox, MAN Alpha propeller system and MAN Cryo LNG fuel-gas system with a 350 m3 tank. Liegruppen, the Norwegian fishing group, has ordered the vessel, while compatriot, Salt Ship Design, has provided the design. 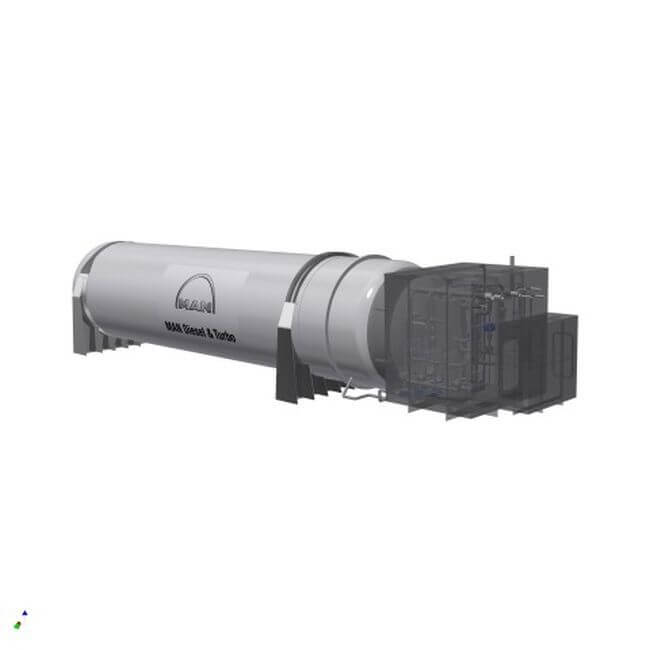 Wayne Jones, Chief Sales Officer with MAN Diesel & Turbo, said: “This is a pioneering project. At MAN we are convinced that low-emission gas fuels are the silver bullet to decarbonising the shipping industry and we have made it our mission to guide our customers through that transition.”

Lex Nijsen, Head of Four-Stroke Marine, MAN Diesel & Turbo: “This is a very noteworthy win. Our ability to provide this efficient, low-emission, proven LNG-fuelled propulsion package – a world’s first for this environmentally sensitive segment – really puts our credentials as a system provider on display.”

The delivery of the new LNG-propulsion package is part of MAN’s wide-ranging engagement for the establishment of LNG as a shipping fuel. Calling for a ‘Maritime Energy Transition’ the company considers the use of natural gases as the fuels of choice in global shipping as the most promising way to supporting the goal of a climate-neutral shipping industry. Launched in 2016 after COP 21, MAN’s initiative has since found broad support within the shipping industry and politics.

MAN Diesel & Turbo customers benefit from an industry-leading portfolio of solutions and products to help make that fuel-switch. “We offer a full system approach with regards to gas propulsion”, Nijsen adds. “This includes new builds as much as retrofits of existing vessels. In 2017 MAN has retrofitted the world’s first container vessel to LNG and more projects are being realised as we speak.” 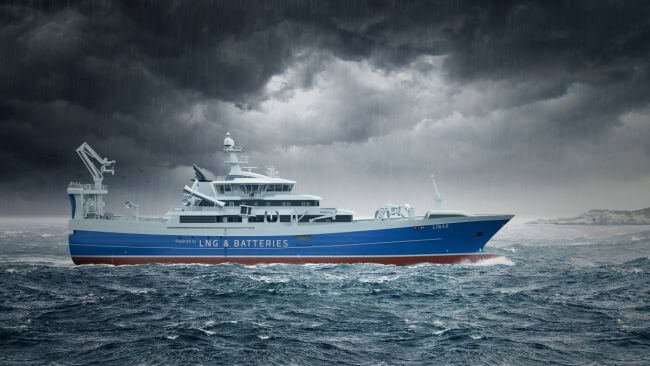 In 2015 MAN Diesel & Turbo has purchased and fully integrated the fuel gas specialist Cryo AB. Under the brand MAN Cryo, the company has since then offered systems for the storage, distribution and handling of liquefied gases.

The scope of the MAN Cryo fuel-gas system covers:

The system is designed for a net tank volume of 330 m³ of LNG and temperatures down to minus 163 °C. The tank stores LNG at the lowest possible temperature and pressure until it is evaporated and supplied to the dual-fuel MAN 6L51/60DF main engine, as consumption demands.

MAN Diesel & Turbo’s uprated MAN L51/60DF engine successfully passed its Type Approval Test at the end of 2017 where a nine-cylinder test engine had an output of 1,150 kW/cylinder at a nominal speed of 500/514 rpm. The engine can be employed both as marine main-engine and auxiliary engine and ran on both fuel-oil (DMA) and natural gas on the testbed.