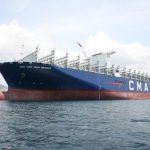 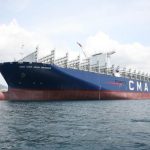 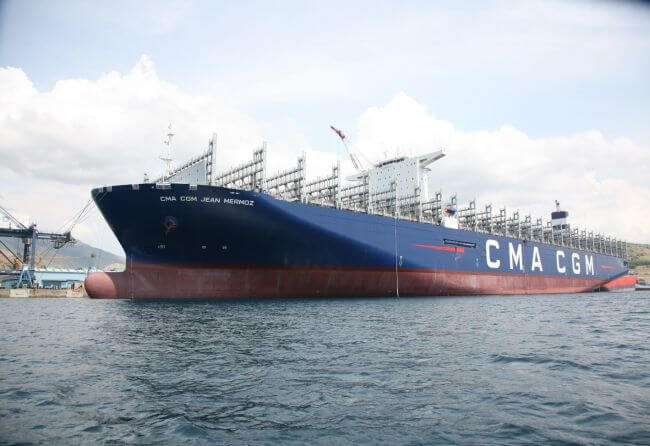 Considered among the biggest commercial ships in the world today this mammoth container vessel measures 400 meters in length overall, 59 meters in width and 33 meters in depth. Highlighting its game-changing role in the international shipping market, it could transport up to 20,600 units of the 40-foot shipping container, which, when lined up, would reach 12.5 kilometres long. Its deck is equivalent to four football fields.

The newly-built vessel is the second of three 20,600 TEU class Ultra Large Container ships (ULCS) to be delivered by HHIC-Phil Inc. to French shipping magnate CMA CGM following the signing of the newbuilding contract in April 2015. The first of its kind was delivered early this year and the third vessel of the 20, 600 TEU series is set to deliver on September this year. 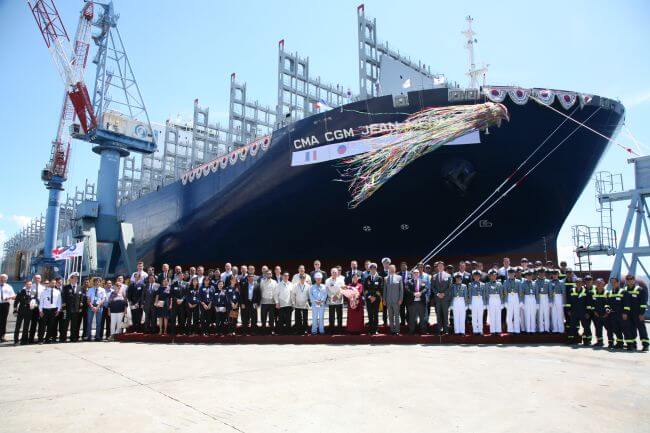 Indeed, the daunting task of building such a huge commercial ship brought out the best in HHIC-Phil Inc. in terms of technology and innovation. Under the technical supervision of classification society Bureau Veritas, HHIC-Phil Inc. successfully carried out the construction of the vessel underscoring the high quality of craftsmanship of Filipino workforce at par with international standards.

HHIC-Phil Inc. continues to be vigorous in its vision to help Filipinos attain a better Philippines. Since its maiden ship delivery in 2009, HHIC-Phil Inc. has exported a total of 117 ocean-going merchant ships of various types, ranging from containership, bulk carrier, Suezmax and Aframax tankers, very large crude oil carrier (VLCC), liquefied petroleum gas carrier (LPG) and floating dock worth more than USD7 Billion, catapulting the Philippines among the top five shipbuilding countries in the world.