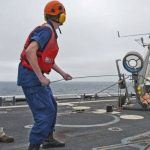 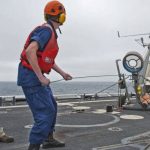 Boeing subsidiary Insitu just inked a $117 million contract to provide small unmanned aircraft systems services across the fleet of U.S. Coast Guard National Security Cutters. The award for the Insitu ScanEagle UAS was finalized late last week and announced on Monday. The contract covers installation and deployment of the system, and provides 200 hours of flight time per 30-day patrol, according to the company.

The contract marks the end of what had become a multi-year testing process for the Coast Guard to find an unmanned aircraft to assist with its ongoing mission to stop drug smuggling and human trafficking.

“The UAS has already proven itself to be a transformational technology, and the deployment of this capability to the entirety of the [National Security Cutter] fleet is an incredibly important first step in realizing the Coast Guard’s vision of fleet-wide UAS implementation,” Cmdr. Daniel Broadhurst, unmanned aircraft systems division chief in the Office of Aviation Forces, said in a statement. 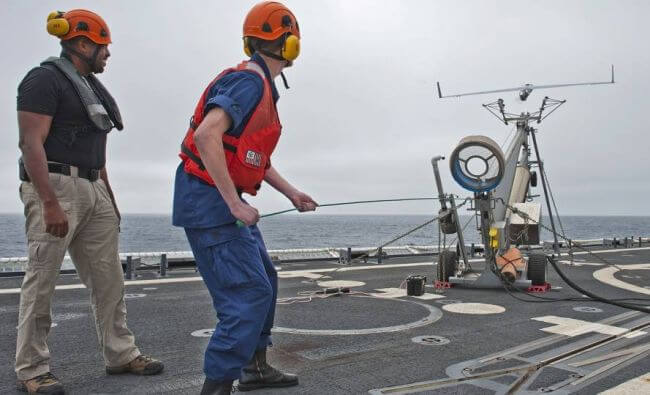 A draft request for proposal was released in March 2017 after the service hadn’t found an existing platform that met the Coast Guard’s needs, USNI News previously reported. The RFP had stated the Coast Guard was looking for a “persistent, tactical airborne intelligence, surveillance, and reconnaissance (ISR) capability that can remain airborne for at least twelve hours per day.”

The Coast Guard had been using ScanEagle in a limited basis when the system deployed aboard USCGC Stratton (WMSL-752). The Coast Guard credits ScanEagle with helping Stratton’s crew interdict an estimated $165 million worth of cocaine during a two month period in 2017.

“When ScanEagle initially deployed with the Stratton, we recognized what an incredible opportunity we had to partner with the U.S. Coast Guard to bring dynamic improvements to mission effectiveness and change aviation history,” Don Williamson, Insitu Defense vice president and general manager, said in a statement.

ScanEagle can remain aloft for more than 24 hours, can cruise at 55 knots with a maximum speed of 90 knots, and has service ceiling of 15,000 feet, according to Insitu. The system is shot from a pneumatic launcher and recovered using a hook and arresting wire. ScanEagle is 8.2-feet long and has a 16-foot wingspan.

Insitu plans to start installing ScanEagle hardware on USCGC James (WMSL-754) this fall, then on USCGC Munro (WHEC-724) in early 2019, and on USCGC Bertholf (WMSL-750) in late spring or early summer 2019.