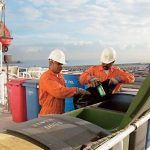 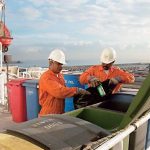 Marine debris are estimated to kill more than one million seabirds and 100 000 marine mammals and turtles each year through ingestion and entanglement. To reduce the waste, is not only about finding excellent technical solutions, it is just as much about attitude and understanding.

A study published in Science Advances estimates that the total amount of plastic ever produced throughout the world to be 8,300 million metric tons. The scary fact is that every single piece of plastic that has ever been produced, since humans started producing plastic in the 1950’s, still exists today. It is not in the same place anymore, and probably unrecognizable – but it is still there.

Much of the plastic produced ends up in our oceans and an estimated 5 trillion plastic particles are now floating on the ocean’s surface. Half of them gather in five garbage patches throughout the world, being like a soup of particles, most of them very small. 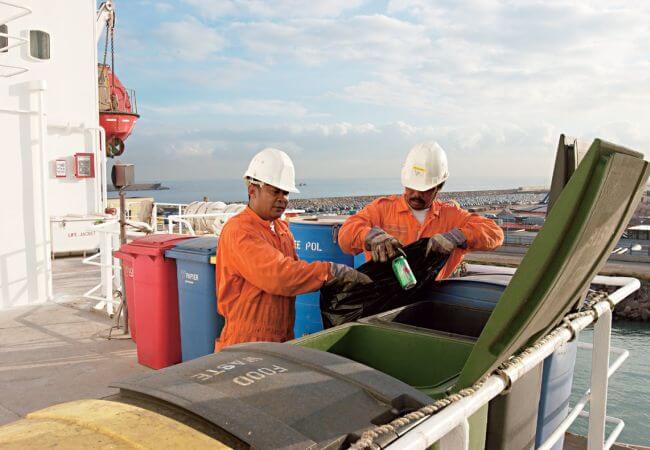 According to the World Economic Forum:

32 per cent of all plastic products created on Earth end up in the world’s waterways and oceans. What’s more, the amount of plastic trash on Earth is increasing at an alarming rate. Based on future projections, it is estimated that there will be more pieces of plastic in the world’s ocean than there are fish by 2050.

At Höegh we have a “no garbage into the sea policy for our vessels”. This means no garbage other than food waste is to be discharged in to the sea.

All garbage produced on board is segregated (paper, plastic, food waste, tins, batteries etc) and only disposed at approved shore facilities. The vessels also apply onboard incineration. The only waste that is thrown overboard is biodegradable food waste as this is not harmful to the environment. Furthermore, disposal of food waste is only done when the vessels are more than 12 nautical miles from shore.

It starts with yourself

Minimising the environmental impact is not only about improved technology. Our attitude and understanding of environmental influence is perhaps even more important.

At Höegh, all seafarers go through an “Advanced Environmental Course” which is developed to give each employee a deeper understanding of how we influence the environment and how each one of us, individually, can contribute to reduce the impact.

The truth is that garbage does not just miraculously appear – it is usually the result of people’s negligence.