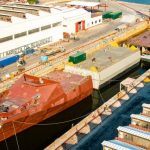 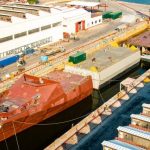 Damen Shipyards Group and the Mexican Navy, via the Directorate General of Shipbuilding, are currently working together to build the Long Range Ocean Patrol (POLA (from its initials in Spanish)), the most technologically advanced vessel in Latin America. With this, the Mexican Navy will join the long list of navies around the world that have Damen Schelde Naval Shipbuilding vessels in their fleets. POLA will be the Mexican version of the Damen SIGMA 10514, a proven design that has booked successful results internationally. POLA will be 107 metres in length, with a beam of 14 metres. It will be able to sail at speeds of up to 25+ knots and a capacity of more than 20 days at sea.

A Damen representative said, “This vessel will be capable of carrying out various missions such as safeguarding Mexican sovereignty, international security cooperation, long range search and rescue operations and humanitarian aid. POLA will allow the Mexican state to increase its surveillance coverage and the protection of Mexican maritime interests beyond the Exclusive Economic Zone.

Damen, with its global experience in the construction of complex vessels, is transferring knowledge to the Mexican shipbuilding industry through this project. This is a process that Damen undertakes regularly via the Damen Technical Cooperation (DTC). This project, however, takes the DTC concept to the next level. Damen and the Mexican Navy took the decision to build two of the six modular sections of the vessel at Damen Schelde Naval Shipbuilding (DSNS) in Vlissingen, the Netherlands.

The remaining four modules will be built locally in Mexico. The construction of these modules, along with the integration, will be carried out at a yard that cooperates on this with Damen. “In this way, for the most part,” the Damen representative stated, “the vessel will be built for Mexico, in Mexico, by Mexicans.”

During the construction of the modules in Europe, a Mexican team is based in the Netherlands to supervise the process and to receive knowledge transfer. At the same time, Damen is benefitting from the transfer of region-specific expertise from the Mexican delegation. 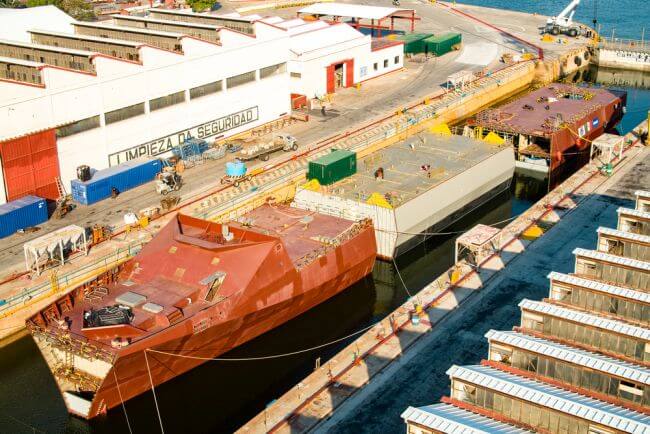 The first of the Dutch modules has already arrived in Mexico, where it is being integrated by Mexican personal with two of those already built in Salina Cruz. Just fifteen months following the inking of the contract, the hull is already complete in drydock. It will now be prepared to receive the other three superstructure modules.

The flagging ceremony of the POLA is planned for November 2018. After this, a full integrated process of setting to work, commissioning, training, tests and trials will continue in 2019.