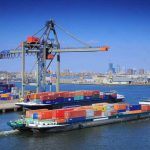 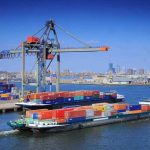 The two most up-to-date, automatic container terminals in the world, the largest sea-going vessels on earth, giant foundation piles for wind turbines at sea: Maasvlakte 2’s short existence seems characterised by superlatives. On completion of the latest section of the Port of Rotterdam in 2013, Minister Schultz van Haegen from Infrastructure and Environment stated that ‘now we have to show that we can make a success of it’. Five years after the Maasvlakte 2 completion, the Port of Rotterdam Authority is evaluating progress with a special programme in its information centre Futureland. How are things going with Maasvlakte and what is the port’s future?

Space for growth was the slogan with which the Port of Rotterdam Authority attracted clients to 2,000 hectares of newly sprayed land adjacent to 20-metre-deep ports close to the sea. Terminal operators APM Terminals and Rotterdam World Gateway immediately grasped the opportunity at the start of this century and signed for substantial plots. Euromax, which had just opened at that time, signed an option contract to secure space for future growth on a yet-to-be-constructed piece of land. APMT and RWG were already feverishly busy equipping their terminals when, after over four years of construction, the new port was officially opened by Minister Schultz-van Haegen from Infrastructure and the Environment in May 2013. One year later, both took the first steps towards establishing the fully automated terminals that now load and unload the world’s largest container ships 24/7.

A flexible strategy was always employed for the design of Maasvlakte 2, following the basic principle that the market’s future requirements are difficult to predict. It is exactly this approach that enabled open water to be used for direct transhipment of freight, just after the opening of Maasvlakte 2. Since then, vessels up to 350 metres have been able to berth at two rows of 8 pairs of dolphins for the direct ship-to-ship transhipment of liquid or dry bulk cargo. When space at the quay is unavailable, this can offer an effective and quick alternative. 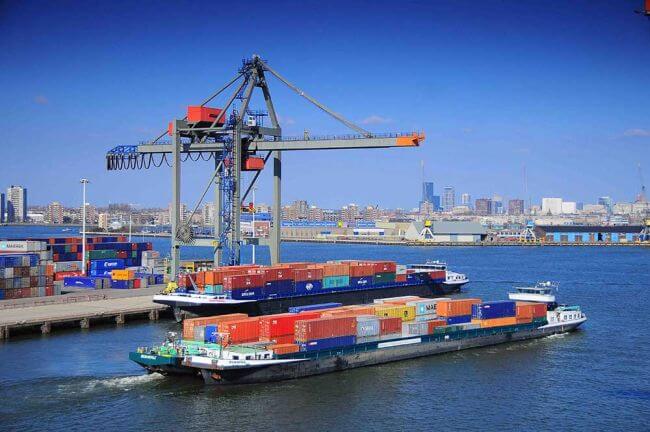 Not only smart captains recognised the advantages of the open water on Maasvlakte 2, sheltered from rough seas. Offshore company All Seas saw this as the ultimate protected spot to construct and test a special vessel, the Pioneering Spirit. This largest vessel in the world has since regularly returned to its home port of Maasvlakte 2. Usually, this is when no drilling platforms need to be lifted from the sea.

If the removal of old oil platforms is a sign that the energy transition is underway, the installation of wind turbines at sea is certainly confirmation of this. SIF Group from Roermond is expert in this and has been operating on Maasvlakte since 2016. Their speciality is steel foundation piles for offshore wind turbines up to 120 metres long and 11 metres in diameter. Giant tubes are collected regularly and taken straight out to sea on special vessels.

The Port Authority recently raised a new plot of land on Maasvlakte 2 to provide more services to these expanding offshore activities. This 70-hectare Offshore Center is being developed as the contact point between demand from the sea and shore-based or hinterland suppliers. The flexible approach used in this development has also enabled a rapid response to client requirements.

The chemical industry of the future will use less fossil fuel and more biofuels. The transition taking place in this sector is just beginning. At Maasvlakte 2, space has been reserved adjacent to the existing chemical cluster at Maasvlakte. This location was selected to enable optimum utilisation of the available infrastructure or each other’s waste or by-products as power and heat.

Maasvlakte 2 is directly connected to the existing port. Trailing suction hopper dredgers extracted sand from the North Sea floor, 10 kilometres off the coast. This is how the new land was created. Maasvlakte 2 is constructed in the Voordelta, a protected nature conservation area. This took place with respect for nature and the environment, but not without impact on nature. To offset this impact, environmental compensation was provided in accordance with European rules. This comprised:

Both the new dunes and the protected sea area south of Maasvlakte fulfil their function. Flora and fauna have become established here in recent years.

The goal of Maasvlakte 2 is to provide space for growth sectors: container terminals, distribution, modern chemical industry and the offshore sector. These sectors attach a great deal of importance to industrial sites located adjacent to the deep navigation channels of Maasvlakte 2. Nowhere else in Europe enables the largest sea-going vessels to berth 24/7 unhindered.
Since the development planning stage, Maasvlakte 2 has aimed to be the most sustainable port area in the world. That is also why the terminals are electric, mainly use wind power and have climate-neutral buildings.
For the port as a whole, the objective is that the companies will end the production and use of fossil fuels in the coming decades and replace this entirely with renewable energy sources. During the transition phase, the port aims to offer space to all intermediate stages and developments that are needed to realise this ambition.

The radar tower, originally the highest lighthouse in the Netherlands, is no longer sufficient for the progressive developments in the new port area. Container cranes higher than the Erasmusbrug obstruct visibility from the tower. A new radar tower is emerging directly adjacent to the new seawall. Finished in weathered steel, it is a striking element in the area. The finish also means that it is a sustainable construction. The coating is not necessary and the whole tower is fully recyclable. A substantial base, parallel to the hard seawall, offers stability and minimum impact on the dike. The systems and radar are housed in the sturdy top section, facing the Yangtzekanaal. The slim girth emphasises the minimum material use and the radar system from the original tower is being reused. The tower will be supplied in sections and constructed at the site. The official opening is planned for the end of August.

FutureLand Information Centre on Maasvlakte is organising a special 5th Anniversary programme for visitors. Anniversary excursions will be organised by bus and boat from 1 June to 1 October, focusing on Maasvlakte 2’s early accomplishments and ample opportunities. The tours incorporate the most important areas in the new port. During the week, the bus tour will conclude with a visit to the most up-to-date, automatic container terminal or, on Sundays, with a site visit to the terminal that accommodates giant foundation piles for wind farms at sea (SIF). FutureLand is also organising various guided tours this summer, focusing on Maasvlakte 2’s 5th anniversary.