IBIA Calls For Support To Develop Solutions Of Contaminated Fuels 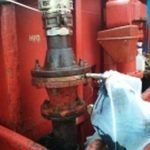 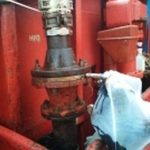 Since we published our comment on 15 June on the very serious issues with contaminated fuel faced by ship owners in the US Gulf there has been no meaningful resolution. Anecdotally it would appear that, to date, more than one hundred vessels have been affected. In summary, the industry continues to face serious issues and there is a range of opinions regarding: the root cause(s) of the problem; the parties who should be held accountable; recommended action for each of the key participants in the supply chain; and, potential changes to current operational procedures and standards. Presently, there is no consensus and not all stakeholders are willing to publicly share their findings and views. It’s a controversial topic and there is plenty of heated debate. 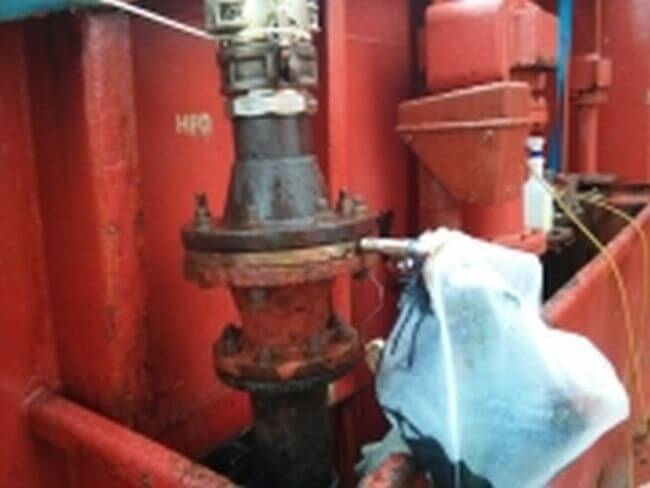 In an attempt to simplify a complex situation, in this update we will not address the issue of jurisdictional law and we will consider the issue from the perspective that the buyer of fuel is the ship owner (rather than a pool operator or Time Charterer). IBIA stands by its original comment given on 15 June 2018 and recognises that generalisations may not apply in all cases and that speculating as to the root cause(s) may result in suggestions that fault lies with parties who are later proven to have acted fully in accordance with best industry practice. In other words, generally perceived wisdom (GPW) can occasionally prove to be unfounded and nobody should construe what follows in this update as guidance offered by IBIA. However, in order to raise awareness among our members and in an attempt to create the necessary momentum to resolve this issue we will consider the issues from the perspective of two questions: “What has been conclusively resolved?” and separately, “What is the current range of opinions among industry experts (generally perceived wisdom)?”.

What is the root cause?

It’s not clear that all of the reported cases share the same root cause and not all testing companies and experts are offering the same view as to the root cause. However, the issues associated with problem fuels have manifested in the form of sticking and seizures of fuel injection systems components (mainly pumps), blocked fuel filters, or both. In some cases these issues have been so severe as to cause a loss of main engine power.

A common view is that the fuels causing sticking of fuel pumps contain compounds that may have been introduced into the supply chain via inappropriate cutter stocks used in the production of bunkers at one or more refineries and/or terminals. However, this is purely speculation. In similar cases in the past, the source of the contaminant was never adequately identified, but in summary, the root cause was by and large a lack of control of the quality of cutter stock used in the marine pool. There is also the possibility that the problems stem from cross-contamination due to a new product cargo being loaded into multi-purpose storage tanks that were not sufficiently emptied and cleared. Another view is that the cases are not all related and that where only sludge formation has been reported, it could have been caused by incompatibility between a new product and existing residues remaining in tanks.

Where certainty is lacking this also affects liability, and it is likely that some questions may be raised about previous bunker fuels carried on vessels and the on-board fuel management procedures. Ship owners would be well advised to carefully document procedures and retain all relevant fuel samples.

How can these problems exist when all fuel is tested to ISO 8217?

Testing to ISO 8217 characteristics will not necessarily show if the fuel is contaminated or not as it covers only the parameters with specified limits. However, it seems likey that the problem fuels from the US Gulf contravene Clause 5 in ISO 8217 and Regulation 18.3 of MARPOL Annex VI which broadly state that fuels shall not contain any material in a concentration that adversely affects the performance of machinery. Proving this is not straightforward and requires non-standard, forensic levels of testing, typically using Gas Chromatography/Mass Spectrometry (GCMS) and/or Fourier Transform Infrared Spectroscopy (FTIR), which is time-consuming and processing the results can take weeks, especially when there is a spike in demand for such testing.

Another issue is that the methodology for the application of such forensic levels of testing varies from one laboratory to the next which means that the results cannot always be compared and there may be questions around the reliability of the results. The closest we are to a standard method is ASTM D7845 -17, which has been developed to quantify chemical species at low levels in marine fuel oils and cutter stocks by multidimensional GCMS, but it has limitations.

Request for support to develop solutions

IBIA has many corporate and individual members employed in the laboratory testing industry. There will be some who believe that this issue is best left to the likes of ISO, ASTM or CIMAC and/or the testing companies. However, IBIA will develop a proposal to form a Working Group with participation from all of the key parties involved in fuel oil testing in order to address the current issue and the potential solutions, including the development of a globally consistent method and protocol.

Please could you contact us at unni@ibia.net if your organisation is interested to join the Fuel Testing Working Group.

Quality Control in the supply chain

The level of speculation here is wide-ranging and it’s not useful to seek to apportion fault when there is no agreement as to what the root cause is. Moreover, IBIA has not directly been presented with any evidence of malpractice or negligence. All suppliers selling product to meet ISO 8217 have a duty to test those cargoes in advance. Once again we call on the industry to observe the advisory in IBIA’s “Best practice guidance for suppliers for assuring the quality of bunkers delivered to ships”, in particular sections 4.2 (production), 4.3 (quality control in the supply chain) and 4.4 (quality control during cargo transport, storage and transfer).

The speculation ranges from the suggestion of the deliberate introduction of contaminants into the supply chain, to negligence around quality control, to one-off cases of bad luck and poor procedures.

Inflexibility when it comes to terms and conditions is occasionally cited as an issue but any contract requires both parties’ mutual agreement.

Becoming involved in an extended supply chain with multiple participants reduces transparency and potentially confidence in the quality and source of the blend components. Building a relationship with your supplier to achieve confidence is of paramount importance.

In summary, although we cannot yet propose a generic solution we feel that the proposed IBIA Working Group has the potential to make a meaningful contribution when it comes to improving the situation.