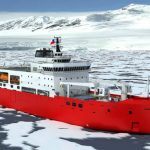 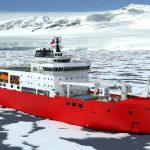 Damen Marine Components has won a contract to supply steering gear, rudders and stern tube parts for an Antarctic Research vessel of the Chilean Navy, under LRS -Polar 5 Class notation. The contract was awarded by ASMAR Talcahuano Shipyard, Chile. Design of the vessel was done in collaboration with VARD Canada.

Ram-Type electro-hydraulic steering gear units, twin ATLANTIC semi-spade rudders and twin stern tube casting parts. The vessel will be capable of speeds up to 15 knots. This level of performance for a shaft-propeller-rudder layout brings with it particular challenges, which will be met in full by the equipment supplied.

The ATLANTIC semi-spade rudders are specially designed for ensuring first-class manoeuvrability and course-keeping. Their water-lubricated synthetic bearings are long-lasting and require little maintenance. 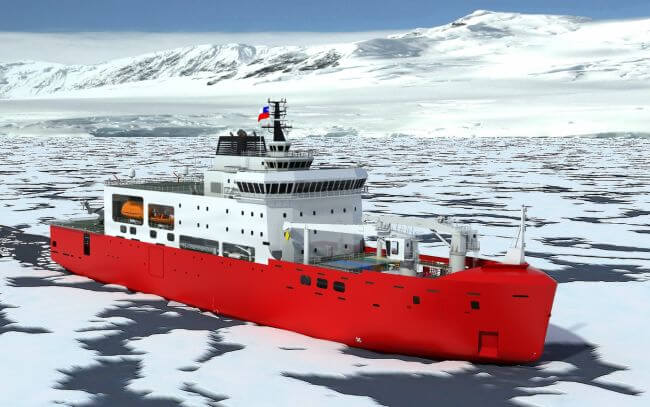 The COMMANDER steering gear is designed in accordance to LRS Class notation. The versatile design can be manually controlled from the steering room, crow’s nest station, central console and wings, using follow up and non-follow up levers. They can also be operated both independently or synchronised.

A stern tube casting parts contract was recorded for the same ANTARCTIC I project after the order for rudders and steering gear was signed.

Wim Knoester, Director Sales & Marketing at Damen Marine Components, said, “With this project, the Chilean Navy and DMC strengthen the cooperation. The state of the art manoeuvring system allows the new vessel to navigate safely in challenging and icy conditions”

Once built, the 111-metre vessel will undertake roles that include Logistic Support, Search and Rescue (SAR) and Scientific Research, south from the Antarctic Polar Circle. The operation period shall be at least eight months per year in the vicinity of Alejandro I Island.

The vessel will be capable of operating in icy waters, navigating continuously at a constant speed of 3 knots over a 500 kPa flexural strength ice of 1 metre thickness and covered with a 20 centimetre layer of snow.

Damen Marine Components will deliver the equipment for the new polar ship in 2020.

The vessel is scheduled to set sail on its maiden voyage to Antarctic Polar Circle in 2023.