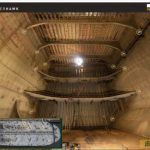 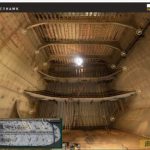 Cyberhawk performed full class inspection across 19 tanks onboard an oil tanker while at a shipyard in Singapore. This included 12 Cargo Oil Tanks (COT), two slop tanks and five ballast tanks. Attending was the American Bureau for Shipping (ABS) to ensure the quality of the inspection complied with the specific ABS rules (ESP) set for tankers. The inspection also had to satisfy the US Coast Guard’s Critical Area Inspection Plan (CAIP) as the vessel was American flagged and operated in Alaskan waters. 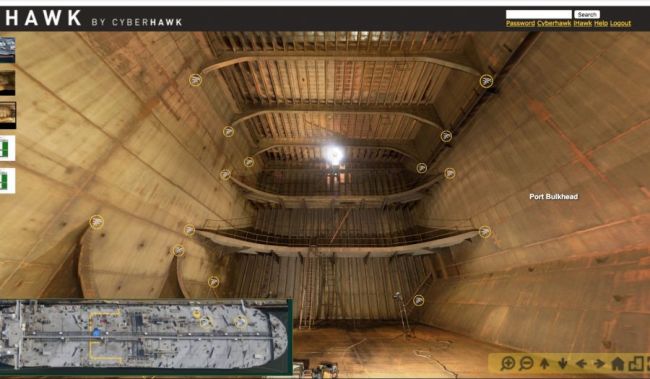 The traditional method of inspection for this type of tanker would be to scaffold the inside of the tank and have ABS surveyors perform a visual survey and NDT technicians take thickness measurements. There are multiple liabilities associated with this type of working, from potential dropped objects caused by lowering equipment into the tank, to potential damage to the tank coating, to working at height in confined spaces.

Rope access is another possible alternative; however, the ABS surveyor would need to be rope access trained, or a live feed from the rope access technicians back to an ABS Surveyor on the tank top would be required. This methodology would require significantly longer inspection time compared with UAVs (approximately three times longer) and require an ABS surveyor to be available for the duration. 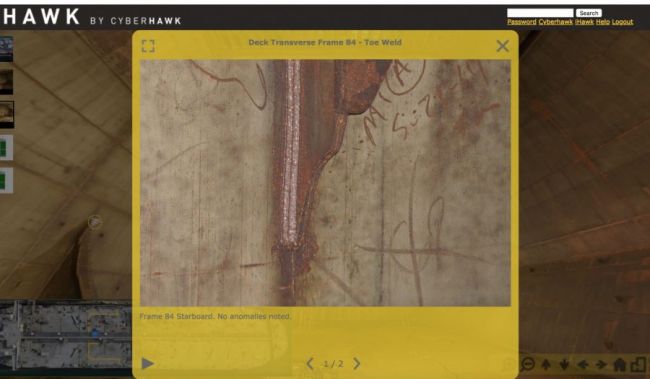 Even with the new efficiencies provided by UAV inspection, however, NDT technicians were still required to take thickness readings (at accessible levels) to meet the ABS survey requirements for this class of vessel. However, in summer 2018, Cyberhawk is due to conduct its first proof of concept on a UT solution from UAVs that would negate the need for scaffolding, rope access technicians or rafting solutions for this type of tanker survey.

Malcolm Connolly, technical director at Cyberhawk, was part of the tank inspection team. He said: “Since we conducted the first UAV tank inspection back in 2015, the take up of this solution has become increasingly adopted within the industry.

“These previous inspections, however, have only focused on capturing visual data of approximately 20 to 30 critical areas. To comply with ABS rules for this particular category of class survey, we required close up coverage of 100% of the tank’s internal frame structure at a resolution equivalent to a person viewing the surface at arm’s length.”

The Cyberhawk team completed more than 350 flights and collected over 600GB of data. The data is being hosted in iHawk, Cyberhawk’s cloud-based visual asset management software, which has been designed to host the huge volumes of data captured by UAVs or other sources and allow the user to access this data in a functional and intuitive way.

iHawk is providing the client with a 360-degree view of the inside of the tanks, with defects and areas of interest highlighted. High definition imagery is provided which allows the user to see these points of interest in great detail, allowing them to make evidence-based asset management decisions. 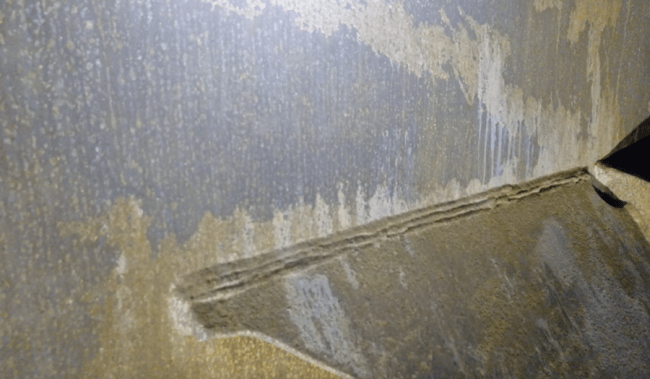 iHawk is also providing the client with a complete visual record of the tank, which can be referred to on an ongoing basis to monitor the condition of the tank and the degradation of any defects.

Chris Fleming, CEO at Cyberhawk added: “UAVs and robotics in general have taken inspection to a new level thanks to the time, cost and safety benefits being proven every day. However, digitizing the data captured is a transformational step for the asset management industry.

“The days of PDF and paper reports are numbered, where reporting by exception and capturing data only on areas of concern is the standard. Technology advances, which allow digital data to be captured consistently on 100% of a structure, open the door for effective risk-based inspection (RBI) programmes. Generating these huge volumes of data, however, creates its own challenges and requires a different approach to reporting in order to get the best value out of the data. 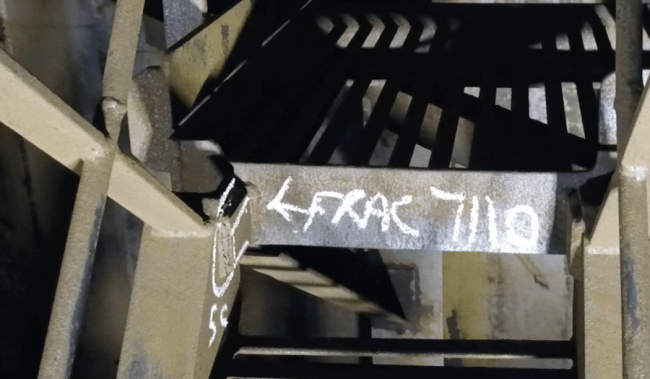 “By hosting data in a cloud-based asset management system, such as iHawk, inspection information can be viewed in a far more intuitive and efficient way compared with wading through a 100-page inspection document. This also means that multiple stakeholders can access and view exactly the same data, which also provides a realistic representation of the asset even for those who have never been in contact with it.

“Cyberhawk continues to push the boundaries of the inspection industry, not only in terms of access and data capture, but also in how that data is presented and used. This project marks another major accomplishment within this field.”