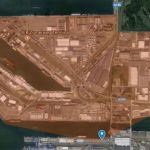 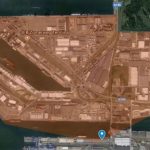 The smouldering fire in the port is under control. The previously set up evacuation zone is now being released again for companies and traffic. There may still be odour nuisance locally, but there is no health risk. The municipal disaster phase is stopped.

The emergency services confirm that it is safe to return to work in the zone. Odour can still occur, but it is harmless in low concentrations. Dr. Haenen of the Federal Health Inspectorate and member of the municipal safety cell emphasizes that this is not a carcinogenic or toxic product. Thanks to the evacuation, health risks are avoided. And outside the evacuated zone there was never any danger to public health. 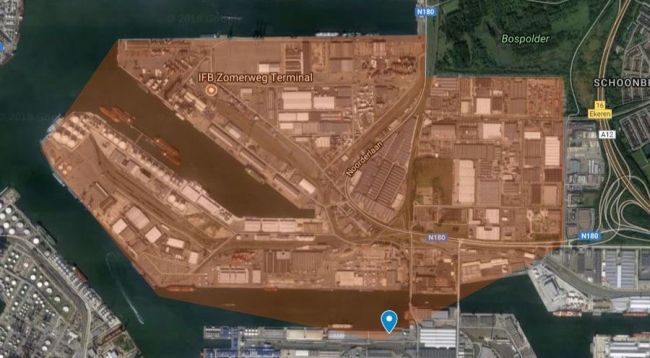 The port is once again fully released for shipping traffic. He experienced little disruption during the incident.

The contact centre dealt with almost 300 calls and is stopped at 4 pm. Afterwards, residents and businesses can still contact the Blue Line on 0800 123 12.

Since Saturday morning a small but complex fire of nickel sulphide has been smouldering in a warehouse at the Leopolddok. During the night the fire was fueled, making the work more difficult. Then the municipal disaster phase was declared. Meanwhile, there will be no more smoke from the hangar and the fire department will continue to extinguish in the shed.

After measurements, companies and seagoing vessels were evacuated in a zone of 1.8 km around the fire. The companies involved were contacted directly via the Antwerp Port Authority, Be-Alert and BIN. These are companies located on the quays with numbers 208 to 256, from quay 302 to 452 and 400 to 428, on quays with uneven numbers 207 to 221 and from quay 201 to 205, quays with pairs numbers 192 to 202.

The fire brigade carries out permanent measurements. No harmful values have been established outside the evacuated zone. But there may be local, albeit harmless, odour nuisance. As a precautionary measure, we recommend that windows and doors close when odour nuisance occurs. All events in the surrounding municipalities and districts can also continue as usual.

Residents and businesses can still contact the contact number 1771 with questions. Since the start of the call centre, around 200 telephones have been answered. 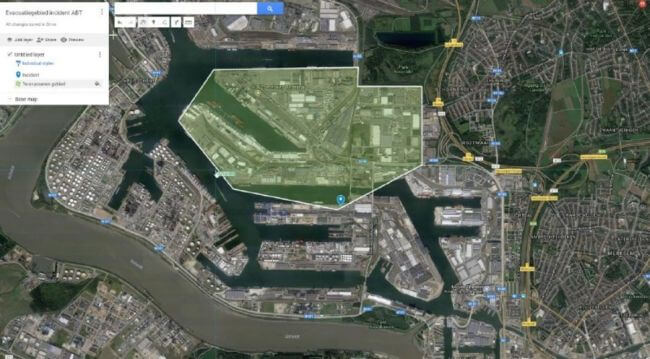 On Saturday morning the fire brigade was informed of a smouldering fire with nickel sulphide, in a 6,000 m² warehouse on the Emdenweg, Leopolddok. Approximately half of the 5,000 tonnes of a product has been disposed of. Due to the high temperatures, the fire brigade has had to stop it.

This smouldering fire is about small flames but involves a large area. Last night, the fire brigade, in consultation with the company and specialists involved, investigated the various extinguishing options. Currently, water is being quenched.

There are permanent measurements of the harmful substances in the air. On the basis of these measurements, it was decided to evacuate seagoing vessels and companies within a radius of 1.8 km around the site of the incident (the western part of Luithagen + everything between the Leopolddock and south of the Churchilldok, including everything around the 6th Harbor dock).

Increased values were measured in the immediate vicinity of the incident. Inland navigation and car traffic in the region is also curbed, the Noorderlaan is closed off for future traffic between the Luithagen and the Muisbroeklaan. Shipping traffic on the Scheldt and canal docks are not affected, as is road traffic on the A12.

The smoke from the fire may cause odour nuisance in Ekeren, Stabroek and Kapellen. In case of annoyance, you should close windows and doors, and switch off the ventilation of the house and car. If you experience any symptoms (stinging eyes or a cough), you should go to medical check-ups.

It is not yet clear how long it will take to get the fire under control.