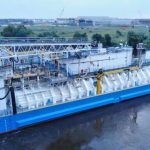 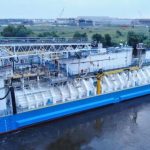 “The successful completion and delivery of the Clean Jacksonville is both a proud and humbling moment for Conrad. I am proud of our team’s tenacious dedication to the completion of this project and unwavering adherence to our commitments. At the same time, we are humbled and grateful to be a part of an unparalleled international partnership comprised of the owner, our engineering groups, vendors and manufacturers who made this vessel a reality,” stated Brett Wolbrink, Vice President of Conrad LNG, LLC. 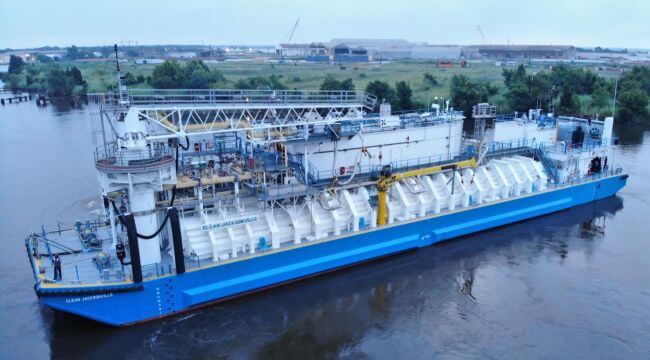 Of equal importance was the extensive collaboration with regulatory agencies to accomplish this industry first. Mr. Wolbrink went on to state, “We were fortunate to have such a good working relationship with the USCG and ABS throughout the design, engineering and construction of the LNG bunker barge.”

“TOTE Maritime Puerto Rico is excited to utilize the Clean Jacksonville for our LNG bunkering. Our partners, including Conrad Shipyard and GTT, have been critical in our development of North America’s first LNG bunker barge. The use of LNG as a maritime fuel results in tremendous environmental benefits – including air and water quality improvements – and this barge is the final critical component of our LNG program in Jacksonville” noted Tim Nolan, President and CEO of TOTE.

Mr. Philippe Berterottière, Chairman and CEO of GTT, added: “GTT has been honored to play a key role in the successful delivery of this first US LNG bunker barge by Conrad. The broad collaboration between TOTE, Conrad, the myriad project stakeholders, and U.S. regulators led to the successful design, construction, and commissioning of this unique and ground-breaking project. Beyond our traditional role of designing the cargo containment and other cryogenic elements, such as the innovative REACH4

bunker mast, GTT adapted and expanded its support services to ensure the effective training of the barge crew and the safe and satisfactory execution of the barge commissioning activities and gas trials. Adapting to meet the requirements and fill the gaps within this growing industry is essential to continue to develop LNG as the preferred and cleaner marine fuel of the future. GTT remains committed to that vision.”

Conrad concluded, “While it has been a challenge and true learning experience, the Clean Jacksonville is a triumph for the U.S. Maritime industry. I am proud of Conrad’s commitment,

investment and foresight in shepherding the advancement of LNG as a marine fuel. We welcome the opportunity to work with customers as they explore and pursue the use of LNG in their vessels.”

Conrad Industries, Inc., established in 1948 and headquartered in Morgan City, Louisiana, designs, builds and overhauls tugboats, ferries, liftboats, barges, offshore supply vessels, LNG vessels and other steel and aluminum products for both the commercial and government markets. The company provides both repair and new construction services at its five shipyards located in southern Louisiana and Texas.