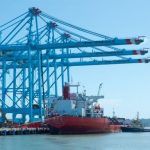 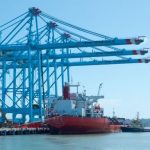 APM Terminals Bahrain plans to raise around BHD12m ($32m) through its planned initial public offering (IPO). This is the first IPO for a transport and logistics company in the Kingdom to list on the Bahrain Bourse. The listing forms part of the contractual agreement made when the port opened in 2009.

APM Terminals Bahrain will offer 18 million shares, equivalent to 20 per cent of its issued share capital, at BHD0.66 per share. The net proceeds will be paid to its current shareholders pro-rata based on their shareholding. APM Terminals currently holds 80% of the shares and the remaining 20% of shares are held by YBA Kanoo Holdings of Bahrain, a leading diversified regional business group.

Commenting on the IPO, Mark Hardiman, CEO/Managing Director, APM Terminals Bahrain said, “This is a significant moment for APM Terminals Bahrain as we move forward to launch our IPO, with an opportunity for the local and wider regional community to invest in a successful public-private partnership and Bahrain’s only commercial port.” 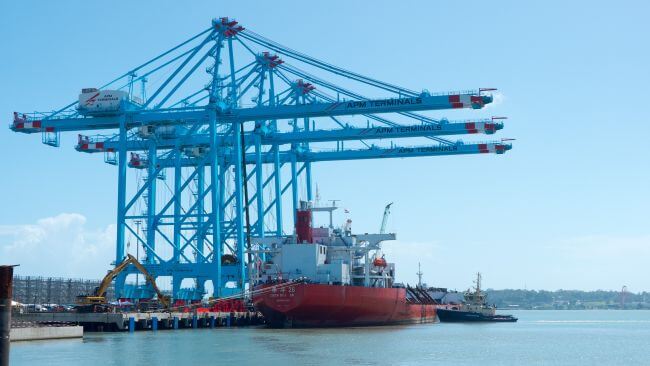 The offer price of BHD 0.660 per share, equates to a price-to-earnings (P/E) ratio of 5.7x 2017’s net earnings of BHD 10.4 million. Commenting on the attractive valuation of the IPO and the market opportunity that APM presents for both local and regional investors, Najla Al Shirawi, the CEO of SICO, the mandated lead manager for the IPO, said: “The much-anticipated public offering of APM Terminals is a proxy on the Kingdom’s growing non-oil economy, it offers investors extremely attractive pricing and a dividend yield of 15.5% on the offer price based on dividends paid in 2017.”

The offering will start on November 8 and will remain open until November 24. Given the strong investor appetite the company wanted to ensure that retail investors (i.e., those applying for less than 100,000 shares) have equal access to the market opportunity by allocating 30% of the shares to retail investors. Furthermore, retail investors will have a priority allocation for the first 15,000 shares applied for.

Over the past nine years, APM Terminals has contributed towards positioning KBSP as a hub with its world-class operations and logistical solutions, serving both the country and the wider region, in line with the Kingdom’s Economic Vision 2030.

“Being the only commercial port, KBSP, plays a vital role in the economic development of the Kingdom of Bahrain by facilitating smooth trade flows, which has been possible with APM Terminals bringing in the required expertise, competitiveness and operational excellence as per international standards,” said Mark Hardiman.

“We are excited about the IPO and look forward with confidence to our next stage of growth for APM Terminals Bahrain as a publicly listed company.”

While APMT Bahrain continues to focus on its core service offerings within the Bahraini Export/Import segment, it expects to benefit from a number of internal and external initiatives, including ongoing discussions with feeder vessels to service the areas of Upper Gulf region out of KBSP. The port is also keen to develop preferred transhipment access to Upper Gulf states including Iraq and Kuwait.

APM Terminals Bahrain sees an opportunity to secure project cargo imports for a number of planning infrastructure projects in the region, including the modernisation project by the Bahrain Petroleum Company B.S.C.(c) (BAPCO), the light rail (metro) initiative, the new Bahrain-Saudi causeway, airport expansion and various new industrial projects being streamlined by the Economic Development Board and the Ministry of Industry, Commerce & Tourism of the Kingdom of Bahrain.

Together with the tourism authorities, APM Terminals Bahrain will also play a key role in continuing to attract international cruise lines to call at the port and including Bahrain as a destination on their itineraries. This will be part of a broader enhancement to marketing the port with shipping lines and other customers through various marketing channels including road shows, social media, press, customer visits, and participating in trade shows/conferences.