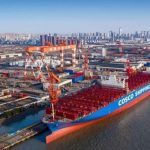 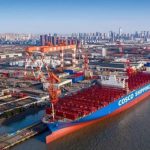 COSCO SHIPPING Ports Limited (”COSCO SHIPPING Ports” or “CSP”), a leading ports operator in the world, announced that it has subscribed for 70,943,455 shares of Beibu Gulf Port Co., Ltd. (“Beibu Gulf Port”) for a total consideration of approximately RMB 470 million, through China Shipping Terminal Development Co., Limited, a subsidiary of the Company.

The shares accounts for approximately 4.34% of Beibu Gulf Port’s total issued shares. By subscribing the shares, COSCO SHIPPING Ports aims to further strengthen the cooperation with Beibu Gulf Port, and lay a foundation for the Company to participate in the integration of Guangxi ports. 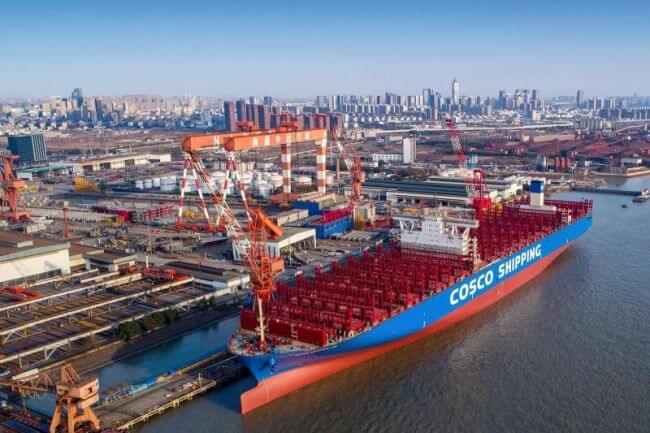 Beibu Gulf being the gateway of the New International Land-Sea Trade Corridor (“ILSTC”, formerly known as China-Singapore Southern Transport Corridor), is strategically significance in development. The LSTC connects the Silk Road Economic Belt in the north, and 21st-Century Maritime Silk Road in the south via Guangxi and the Association of Southeast Asian Nations (ASEAN) countries such as Singapore, it forms a complete route of the Belt and Road Initiative through western China, plays a key role in the construction of the Belt and Road Initiative, it not only promotes the development of western China, but also strengthens the cooperation among China and ASEAN countries.

Total throughput of Beibu Gulf Port achieved for the 9 months of 2018 amounted to approximately 13.485 million tons, an increase of 13.68% year-on-year. The container throughput increased significantly by 30.17% year-on-year to approximately 2,186,300 TEUs. The three major port areas of Beibu Gulf Port are stepping up the development of the Rail-sea intermodal transportation to form an important hub for the ILSTC. With the rail-sea routes between western China and Southeast Asia built via Beibu Gulf, the railsea routes have been expanded to link inland cities of China; goods can then be transported from western cities such as Chongqing to Beibu Gulf Port, and from the port to ASEAN countries by container ships, the whole route only takes 7 to 10 days, which substantially reduced the transportation time and costs.

Mr. Zhang Wei, Vice Chairman and Managing Director of COSCO SHIPPING Ports, said: “The subscription of Beibu Gulf Port’s shares further deepened the cooperation between COSCO SHIPPING Ports and Beibu Gulf Port, prepared for our participation in the integration of Guangxi Ports; the operation and economies of scale of Beibu Gulf Port should thus be further reinforced. We will continue to seek cooperation opportunities actively to further strengthen our terminal portfolio in Southwest China, and at the same time continue to extend our reach globally to build a global terminal network with controlling stake that offers linkage effects on costs, services and synergies to better serve our clients, enhance our synergies with the parent company and Ocean Alliance to create greater value and maximum returns to our shareholders. “