Study: Much Of The Surface Ocean Will Shift In Color By End Of 21st Century 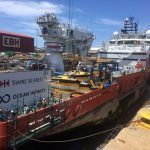 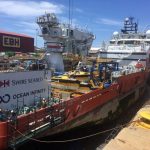 A new, R98 million floating caisson is to be fabricated for the Sturrock Dry Dock operated by Transnet National Ports Authority (TNPA) in the Port of Cape Town which will enable one of the biggest dry dock facilities in the Southern Hemisphere to double its productivity. The new caisson forms part of a multimillion-rand overhaul taking place at the port’s ship repair facilities under South Africa’s Operation Phakisa programme, through which ship building and ship repair have been identified as a strategic competence for the port. 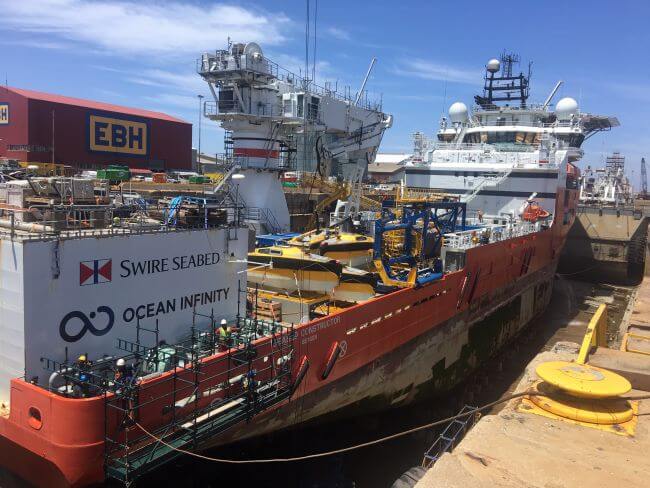 The caisson is a large steel gate structure that acts as a secondary seal and subdivides the dock, allowing for the simultaneous docking of multiple commercial vessels within the facility. The old, defective caisson had been out of commission since December 2016. The 74-year old dry dock was first commissioned in 1945 to repair American and British war vessels.

Phase 1, completed by Southey Co between July and August 2018, entailed the installation of special greenheart timber to seal water leaks around the old caisson. Phase 2 was completed in November 2018 and entailed the replacement of shut off doors and three sinking tank valves, as well as the addition of ballast weights to make up for lost weight due to corrosion and blanking off valves that would not be used going forward.

During the initial commissioning of the new caisson, there were challenges as the floating caisson was not sinking sufficiently at high tide. This compelled the Naval Architect to go back to the drawing board. There were also minor leaks between the floating caisson steel structure and the sealing timber due to uneven steel structure surfaces. This was resolved by inserting a special sealant that is compatible with sea water.

Civil infrastructure at the Sturrock dock has also received attention including concrete repairs and replacement of corroded tunnel piping. 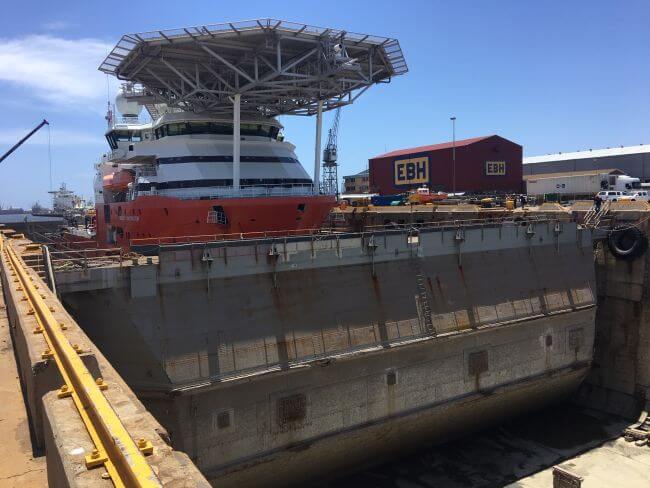 Twenty-nine capstans – rotating machines that assist in pulling the vessels into position inside the dock – are being replaced in Cape Town at various locations which include the Sturrock Dry Dock, the Robinson Dry Dock and the Synchrolift. In line with Operation Phakisa’s intention to fast track delivery while being respectful of governance, TNPA took a decision to execute the replacement of capstans at its dry docks as a national project for the benefits of standardising the ship repair equipment and achieving economies of scale by procuring these capstans in large numbers.

Under Operation Phakisa the port’s Robinson Dry Dock is also undergoing a major upgrade. While the Robinson Dry Dock’s floating caisson (main gate) was recently refurbished, it is the ultimate intention to replace this structure with a modern, fit-for-purpose caisson structure. The design process will be undertaken in the near future including replacement of the floating caisson that seals off the dry dock from the basin.

The Operation Phakisa programme, launched in 2014, is a Government-driven initiative that aims to unlock the economic potential of the country’s oceans in order to create economic growth and job opportunities through fast-tracked development. It provides an aggressive set of timelines to position the country’s ports as premium destinations for these services.

TNPA is investing significantly to restore ship repair facilities with the intention of stimulating the repair sector and creating much needed jobs. This includes an investment of R950 million to modernise the Port of Cape Town’s ageing facilities including the Robinson Dry Dock, the Repair Pier and Sturrock Dry Dock, and the Syncrolift.