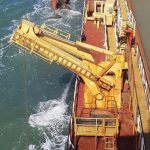 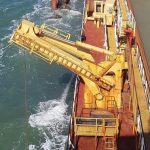 On board dredgers, continuous control of the dredging efficiency is of vital importance. This is done by density measurement. That is, continuously checking the throughput in the dredge pipe. For several decades this measurement had to be done using a nuclear density meter, but now Damen has put a new technique to the test on an aggregate dredger, and it has passed with flying colours. As a result, the new CombiMeter is available for all new dredgers and retrofits. 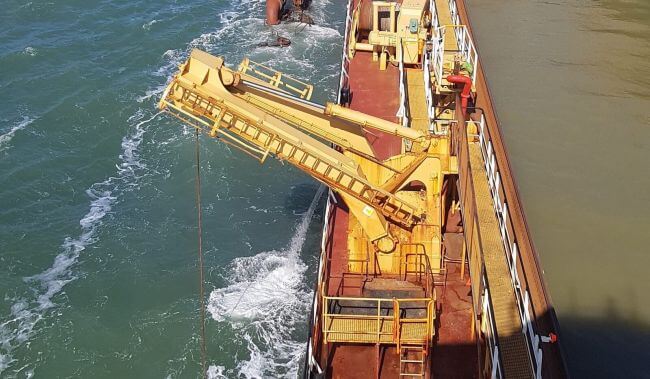 The CombiMeter consists of a flow meter and a density meter. For the flow meter, an electromagnetic flow meter by Krohne Altometer is used. This is a proven concept in the dredging industry. Added to this is a density meter based on electrical resistance tomography, as developed by ITS (Industrial Tomography Systems). Both are combined in an integrated production meter; the CombiMeter. The CombiMeter has undergone a series of extensive field tests in the Damen Dredging test loop, in the ¡VAMOS! mining project and lastly as a full-scale test on the CEMEX aggregate dredger Sand Falcon in a Ø700 mm pipeline.

During the tests, the Sand Falcon dredged a range of materials including fine sand, coarse sand and gravel. All the tests were carried out at sea, comparing data from the new CombiMeter with that from an existing radioactive model. All data from the CombiMeter were within a 1-3% accuracy range and showed a 0.95 correlation factor with the radioactive type. All the evidence from all the tests has led to the conclusion that the CombiMeter performs excellently in this saltwater environment, in both horizontal as well as vertical pipelines, covering a wide array of soils including silt, sand and gravel. 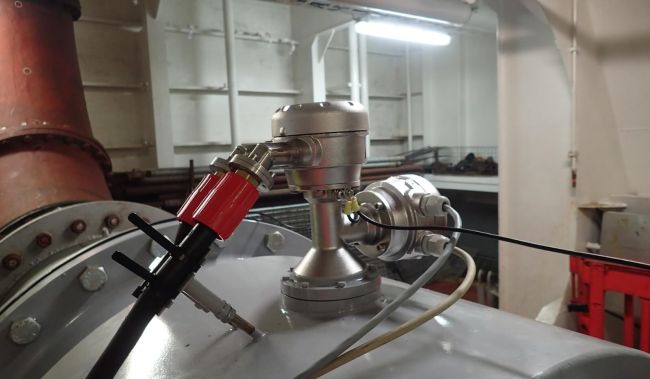 The CombiMeter will be installed on the marine aggregate dredger CEMEX Go Innovation, currently under construction at Damen Shipyards Galati. CEMEX project manager Mr Mark Williams says; “In keeping with the design objective of CEMEX UK Marine Ltd to build a state of the art, future-proof, aggregate dredger and to ensure the vessel’s environmental credentials, a key consideration was the elimination of potentially harmful substances. These range from toxic coatings to the radioactive source found in a conventional nuclear density meter that would prevent the new build vessel achieving an ECO notation from Lloyds Register, this being a first in the UK marine aggregate industry.

“We were therefore a willing partner in developing non-nuclear density measurement technology. From the trials undertaken on the Sand Falcon, we were very happy with the results, which compare favourably with traditional radioactive density meters.” The vessel’s crew praised the quick response times of the new system and agreed that visualisation of the density profile as a tomographic image of the dredge pipe helped them to increase the overall efficiency during a dredging cycle.” 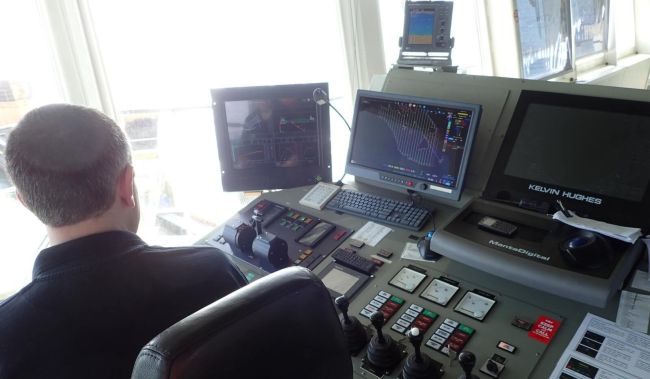 The new CombiMeter technology has a number of advantages over the nuclear density meter. It is a Green Solution that does not trigger safety issues. The operational cost of the new system is substantially lower as it does not require special permits and licences for transport, storage or use. Moreover, a specialised team for servicing the nuclear meter is no longer necessary.