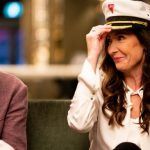 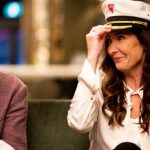 Virgin Group Founder Sir Richard Branson and Virgin Voyages President and CEO Tom McAlpin announced the appointment of Captain Wendy Williams as Master of Scarlet Lady. When Captain Williams takes the helm of Scarlet Lady in spring 2020, she will become the first Canadian woman to be captain of a ship for a major cruise brand. The company also announced a brand-new lineup of itineraries for their premier 2020 season.

“Captain Wendy’s extensive maritime background makes her an excellent choice to lead the Scarlet Lady, but it is her spirit and drive to approach life at sea differently that make her the perfect fit to join the Virgin Voyages family,” said Tom McAlpin, president and chief executive officer for Virgin Voyages.

Originally from the coastal city of Sept-Îles, Quebec on the Northeastern coast of Canada, Captain Williams now resides on her hobby farm on Vancouver Island in British Columbia. Captain Williams has more than 28 years of experience working on ships at sea. Her extensive background includes more than a decade as a deckhand in commercial fishing off the western coast of Canada as well as working as a ferryboat captain. Although she has spent more than 15 years working on the bridge of mega cruise ships, her role with Virgin Voyages will be her first promotion to Master of a cruise ship. 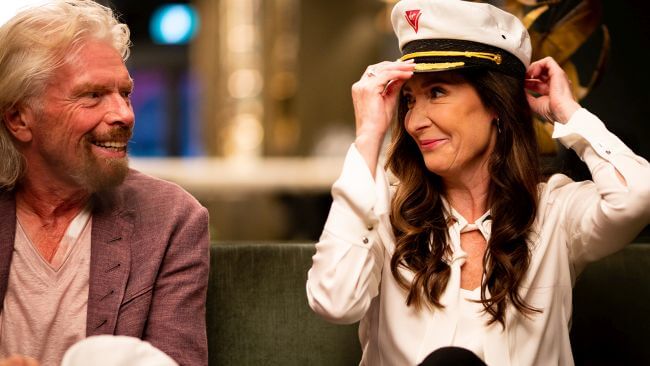 “I have salt water in my veins and nothing brings me more joy than being at sea,” said Captain Wendy Williams. “It’s a dream come true to be working with Virgin Voyages, a company that is focused on creating an incredible experience not only for our Sailors but for our Crew as well; while also taking action to minimize our footprint on our oceans.”

Just last year, Virgin Voyages announced its Scarlet Squad program, an initiative dedicated to bridging the gender gap in leadership roles across the maritime industry, where women represent less than three percent of the workforce. The program aims to recruit, support and mentor female shipboard talent, and to grow opportunities for leadership roles in marine, technical and hotel management positions on board.

While Virgin Voyages is still in the early stages of the crew for Scarlet Lady, the company has already recruited Captain Williams as well as nearly a dozen other female officers, including Jill Anderson as hotel director, Christin Wenge as safety officer, Lindsay Kerber as environmental officer, among other incredibly talented female engineers as well as second and third officers.

Virgin Voyages’ intention is to create an onboard environment where everyone has an equal opportunity to reach their full potential.

New Voyage Offerings
In response to the U.S. government’s new restrictions on travel to Cuba from the United States, Virgin Voyages has also developed an exciting lineup of new itineraries featuring destinations that its Sailors expressed interest in exploring while on a voyage aboard Scarlet Lady.

Continuing the company’s mission to provide its Sailors with epic day and nighttime experiences, the all new itineraries will feature multiple late-night sail aways, including a midnight departure on all new sailings.

Virgin Voyages will now offer five-night Riviera Maya sailings to Cozumel/Playa Del Carmen, Mexico. Cozumel and Playa del Carmen offer opportunities for Sailors to experience some of the world’s best diving, as the area is home to 26 coral species. Sailors will also have the opportunity to explore ecological and archeological treasures, including Mayan ruins, or even opt to explore neighboring Tulum, the elevated Bohemian sanctuary with picturesque beaches and diverse nightlife.

For those who just want a quick getaway, Virgin Voyages’ four-night sailings will now become Fire and Sunset Soirées including a sunset departure from Key West and a midnight departure from Bimini. Sailors will experience the cultural and boating paradise of Key West, paired with a day of rejuvenation in Bimini, Bahamas that’s topped off by an exclusive late-night beach bonfire soiree. This celebration under the stars is exclusive to these sailings, and the artistic fire installations draw inspiration from the fireball sculptures on Branson’s Necker Island and the alluring communal nature of a traditional beachside bonfire.

In response to Sailor demand for longer voyages aboard Scarlet Lady, Virgin Voyages has developed special seven-night sailings for the 2020 festive holiday season. Those looking to get a jump start on their holiday planning can opt for the all-new Holidaze and Nights and New Year’s Ahoy voyages, which fall over the Christmas and New Year’s holidays respectively, and feature stops in Puerto Plata, Dominican Republic and late-night sail aways in both Bimini, Bahamas and San Juan, Puerto Rico.

All voyages will feature a stop in Bimini, Bahamas, home to The Beach Club, a private club for Virgin Voyages Sailors while Scarlet Lady is on the island.