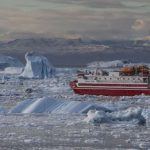 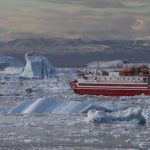 Responding to Intergovernmental Panel on Climate Change (IPCC) Special Report on the Ocean and Cryosphere in a Changing Climate (SROCC), the Clean Arctic Alliance and the Inuit Circumpolar Council Canada call for urgent action to ban heavy fuel oil (HFO) use and carriage by Arctic shipping to reduce risks of a devastating spill, and to reduce black carbon emissions in the Arctic.

SROCC’s Summary for Policymakers states that “Arctic ship-based transportation and tourism have implications for global trade, northern nations, and economies linked to traditional shipping corridors; they will also exacerbate local risks to marine ecosystems and coastal communities if further action to develop and implement regulations does not keep pace”.

The Summary for Policymakers recognises that shipping activity in the Arctic has increased over the past two decades, and highlights the need for urgent action to ensure that environmental regulation keeps pace with the increasing interest in Arctic shipping routes. 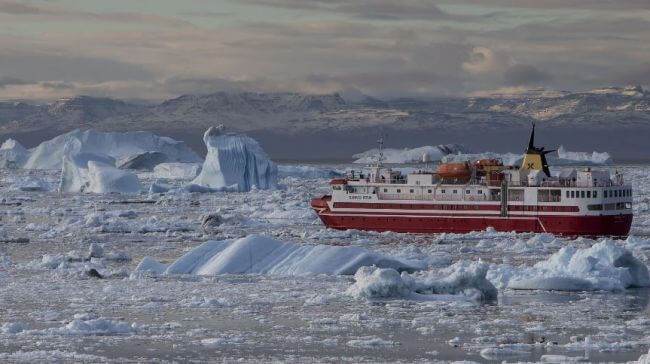 “The IPCC Special Report on the Ocean and Cryosphere in a Changing Climate makes clear that an International Maritime Organization ban on the world’s dirtiest fuel – heavy fuel oil – is imperative if we are to diminish the risks to the Arctic environment from increased shipping”, said Dr Sian Prior, Lead Advisor to the Clean Arctic Alliance, a coalition of 18 international non-governmental organisations working for a ban on heavy fuel oil from the Arctic. “Emissions of black carbon in the Arctic, from the burning of fuels such as heavy fuel oil, further exacerbates the accelerated melting of sea ice in the Arctic caused by climate change.”

“As the IPCC SROCC points out, immediate measures are needed to curb black carbon emissions and prevent risks of spills of heavy fuel oil in the Arctic waters. With increased shipping passing through the Arctic waters of Inuit Nunaat comes the need to protect the marine ecosystem, which is part and parcel of our lifestyle and culture. We send an immediate message to global leaders to take action to make sure that our environment is not at risk of devastation and ban the use of heavy fuel oil, ensuring our communities are not negatively impacted.” said Lisa Koperqualuk, Vice-President of Inuit Circumpolar Council Canada.

“This morning’s IPCC press conference highlighted that if we remain on a two-degree warming trajectory, we will see the ice-free Arctic in the month of September – when the sea ice minimum occurs – one in every three years”, said Prior.

“However, according to the IPCC, if we can reduce our emissions and keep global warming to 1.5 degrees or under, the Arctic is only likely to be ice-free in September once in every 100 years. Clearly, the shipping industry must act now to play its part in keeping below 1.5 degrees: ending the use of heavy fuel oil in the Arctic to reduce black carbon emissions is one clear step towards achieving this. As the IPCC outlined this morning, there is an urgent need to act and to act at scale’, and to take ‘action across all elements of society’ – and that includes the maritime sector.”

Annual monitoring of the Arctic summer sea ice minimum shows that the 13 lowest extents have occurred in the last 13 years. This ongoing reduction of the summer sea ice extent continues to attract international shipping to the Arctic, resulting in new “firsts” being achieved year on year. In 2016, luxury cruise ship the Crystal Serenity was the first large passenger ship to transit the Arctic’s Northwest Passage.

In August 2017, the first transit of the Northern Sea Route, along the coast of Northern Russia, by the Russian-flagged Christoph de Margerie tanker transporting liquified natural gas was reported, followed a year later in September 2018, with the first-ever NSR transit of a dedicated container ship.

Earlier this year saw the first transit of the NSR by an LNG-fuelled tanker carrying a cargo of crude oil without the need for an icebreaker escort on the Northern Sea Route. Meanwhile, Chinese shipping company COSCO has announced its intention to increase its use of the NSR. The Clean Arctic Alliance has again written to COSCO asking it to make public its choice of fuel when using the NSR – the company has yet to reply.

“We welcome the recognition in the Summary for Policymakers that environmental regulation needs to keep pace with the increased interest in Arctic shipping routes because of the risks to Arctic ecosystems and communities. Coastal communities in the Arctic are heavily dependent on the seas for subsistence, livelihoods and culture, and the increased retreat of the summer sea ice is impacting the ability of communities to maintain their traditional ways of life. An International Maritime Organization ban on the use and carriage of HFO fuel in the Arctic is a simple and effective tool to reduce international shipping’s contribution to the climate crisis by reducing black carbon emissions, and it will also eliminate the threat of a potentially devastating HFO spill. A ban of HFO will not be sufficient on its own to reverse the climate crisis, but it is a significant step in the right direction and can be implemented quickly and easily by simply switching to lighter, cleaner fuels,” concluded Prior.