Drewry: Future Online Marketplaces Could Bring Mutual Benefit To Both Carriers And Shippers 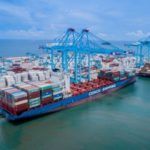 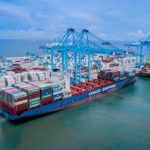 In just six months since the inauguration of the new Moín Container Terminal (MCT) in Costa Rica, highly-trained employees are meeting all productivity KPIs outlined in the concession contract. By reducing berthing times to an average of just 10 hours per vessel, the Terminal has been able to create an additional berthing window for a new direct service to Shanghai, China.

The first ship on this new commercial route arrived from Houston on Sunday, 22 September, leaving on Monday laden with Costa Rican pineapples, bananas, meat and orange juice. The service will operate every three weeks on Sundays, however local producers and exporters are already keen to see the service increase to weekly. The new direct service, operated by COSCO, creates an unprecedented opportunity for Costa Rican exporters of fresh produce, reducing transits times from around 34-40 days to around 22 days.

Free-trade-agreement can now be leveraged

Through a free trade agreement (FTA), which has been in effect since August 1, 2011, Costa Rica had intended to enter the Chinese market. However, specific phytosanitary protocols for each product had to be negotiated, and each company had to demonstrate compliance with the protocol, before being authorized to export. Currently, Costa Rica has approved protocols for several fruits, as well as for meats and dairy products, but until now the logistics were challenging. 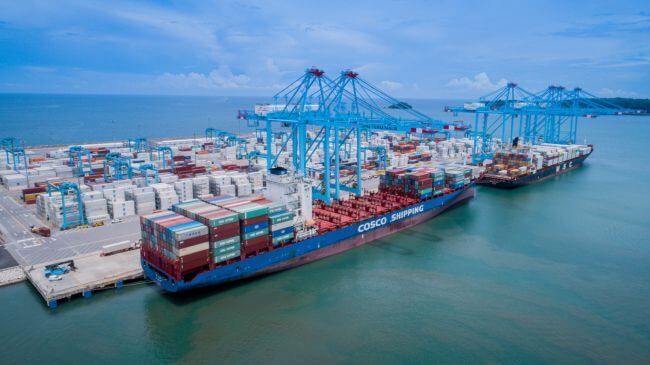 “Thanks to the carefully selected local talent that operate the Moín Container Terminal (MCT), we have reached 26 crane moves per hour in record time, as outlined in our concession contract. This has enabled us to add an additional berthing window to meet Costa Rica’s need for a direct route to Asia,” explained Enrique del Águila, Head of Operation at APM Terminals Moín.

The increase in productivity has also eliminated waiting times in the bay, for ships that arrive at their berthing windows on schedule. Shipping lines therefore reduce their stay in Moín and related bunkering.

To achieve the productivity parameters stipulated by the National Concessions Council (CNC), APM Terminals invested heavily in the training of operators to improve container loading and unloading techniques, workload- planning and control of digital systems.

“Since we started operations, we have improved our productivity week after week. This will create more growth opportunities for Costa Rica and the country,” said Alberto Brenes, Operations Assistant at APM Terminals Moín.

Truck drivers have also experienced a significant improvement in waiting times to access the Terminal, which are now less than 4 minutes. Total truck-turn-times ̶ the time it takes for a truck to enter the terminal, pick up a container and leave again ̶ are down to an industry-leading average of between 18 and 20 minutes. Truck-turn-times are expected to reduce by a further 30% in October, when the company introduces automated gates to ensure a more efficient flow of trucks.