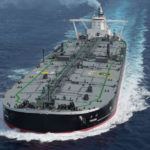 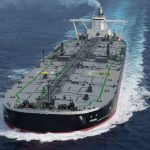 The very large crude oil carrier (VLCC) Tanzawa, the first new NYK-owned vessel to include a SOx scrubber,* has been delivered into the NYK fleet. On October 3, a naming and delivery ceremony was held at the Kure shipyard of Japan Marine United Corporation and attended by Akira Kono, NYK managing corporate officer, and other related parties.

The new vessel is equipped with a scrubber that is compliant with the International Maritime Organization’s (IMO) more stringent SOx emission regulation, which is scheduled to become effective in January 2020.**

The ship will be about 23% more energy-efficient (reducing CO2 emissions per unit of transport), exceeding the IMO EEDI phase 2 requirements*** that will become effective in 2020. In addition, a highly corrosion resistance steel has been used in the cargo tank, thus making anti-rust paint unnecessary. The refrigerant used in the onboard refrigerator and air conditioner is also compliant with environmental regulations, thus making the ship a more environment-friendly chemical tanker. 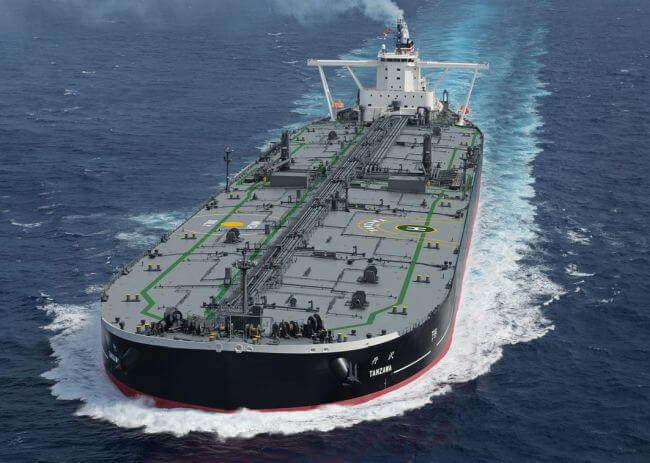 For further safety and optimal vessel operation, NYK has employed its “integrated information and bridge system,” which an optimally, ergonomically arranged bridge layout, digital instruments, and a 360-degree view from the cockpit.

NYK continues to contribute to stable crude oil transportation to meet customers’ demand, and the company is making efforts to contribute to realizing a sustainable society through the operation of environment-friendly ships.

** SOx Global Cap regulations
SOx emission regulations based on the 2008 amendment of the 1997 Protocol on Ship Pollution Prevention (Annex VI of the MARPOL Convention). From January 1, 2020, the allowable limit of sulfur in ship fuel oil will be reduced from 3.5% to 0.5%.

*** EEDI requirements
Regulations on the energy efficiency of ships based on the 2013 revision of the International Convention on the Prevention of Ship Pollution 1997 Protocol (Appendix VI to the MARPOL Convention). EEDI (Energy Efficiency Design Index) is the number of grams of carbon dioxide (CO2) required to carry 1 ton of cargo for 1 mile, and the reduction rate from the baseline (baseline) will be gradually enhanced. Tankers are required to implement reductions of 10% by 2015 (Phase 1), 20% by 2020 (Phase 2), and 30% by 2025 (Phase 3).