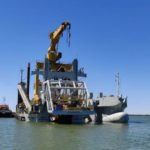 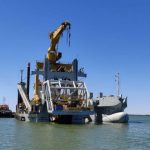 Jan De Nul Group completes the capital dredging works for the Channel Risk and Optimization Project (CROP) in Port Hedland, Western Australia, and can look back on successful three-year cooperation with the Pilbara Ports Authority (PPA).

Over the past three years a combination of Hopper Dredgers, a Cutter Suction Dredger and Split Hopper Barges were deployed to dredge sections of the 42-km long navigational channel and to further enhance the safe and sustainable access to the port of Port Hedland.

The project, part of the Channel Risk and Optimisation Project (CROP), included the removal of high spots and the creation of two refuge zones and an emergency passing lane alongside the outer section of the shipping channel. 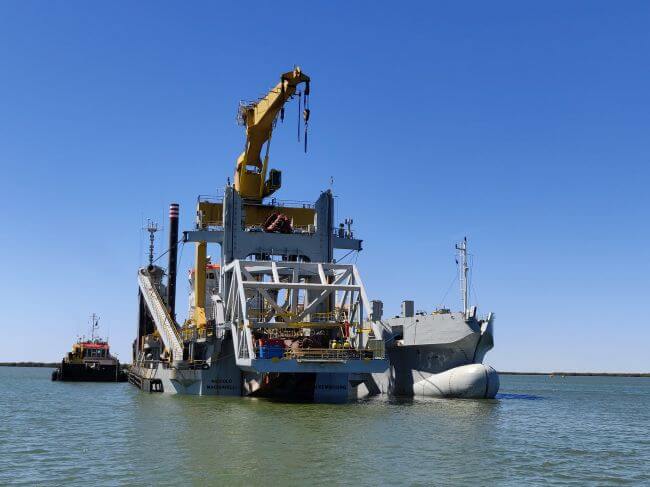 Port Hedland is situated on the North-West coast of Australia and is Australia’s largest export port by annual throughput. It is also the largest bulk mineral export port in the world with iron ore being the main export commodity. Currently it facilitates the safe and efficient management of approximately 6,000 vessel movements each year.

“We are pleased that we were able to partner once again with the PPA in successfully delivering this critical and vital phase of the project”, says David Jonckheere, Area Director Oceania and Asia at Jan De Nul Group. “The final portion of this three-year project was specifically challenging as it had to be executed within a fully operational and extremely busy port. We are also greatly appreciative of the close and practical approach we received from the PPA representatives on an ongoing day-to-day basis.”

Strict environmental requirements and operational constraints within the busy precinct of Port Hedland resulted in Jan De Nul adapting specific execution methods catering for such challenging conditions. As such, Cutter Suction Dredger Niccoló Macchiavelli was mobilised in barge loading mode, assisted by two Split Hopper Barges. The risk of temporarily jeopardising the safe use of the existing channel was hereby reduced to a minimum and a non-compromised access to and from the berths in the inner port was secured.

Jan De Nul Group further customized its fleet in order to meet the planning and strict operational and environmental requirements. The Trailing Suction Hopper Dredger Charles Darwin was fitted with an in-house designed ripper draghead, providing enhanced capabilities. In addition and for specific areas within the dredge area, the Hopper Dredger Juan Sebastián de Elcano was equipped with an in-house developed milling draghead, adding to the flexibility and cost/time efficiency in executing the works.