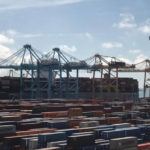 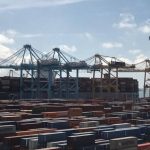 APM Terminals Barcelona has reached a new milestone in its history, breaking the record for movements during a call by registering 5,394 movements on the Millau Bridge ship, which belongs to The Alliance, the terminal’s main service.

It is the highest level of activity registered on a ship in the Catalan terminal since the arrival of the OOCL Brussels in 2017, when 5,323 movements were performed. A sustained productivity of 135.46 Berth Moves Per Hour was reached during the operation. 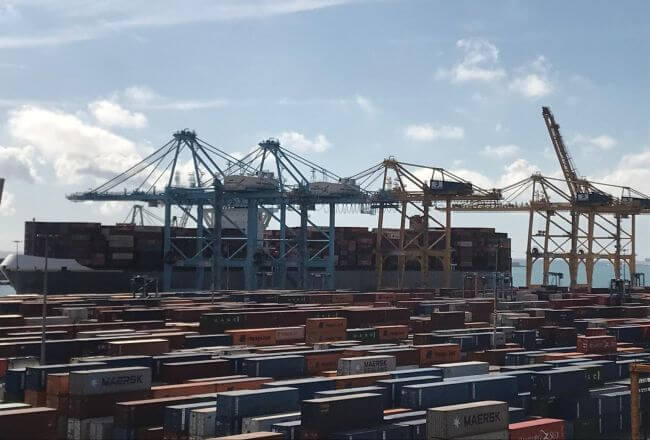 APM Terminals Barcelona is performing at full capacity and with maximum levels of productivity thanks to the implementation of 100% of the investments made in recent months, which stood at €47 million and which were decisive for handling the Millau Bridge call. These investments include the acquisition of two Super Post Panamax cranes from Los Angeles, with which the terminal’s equipment boasts five operational SPX cranes, 29 new straddle carriers (SC) and a new Rack for reefer connections.

These investments are part of APM Terminals’ strategy to modernize its current fleet and increase its equipment’s capacity and productivity, as well as to improve safety at the terminal. “Over the past few months, we’ve made a big effort to improve the technical equipment and machinery necessary to operate the most modern container ships calling at Barcelona,” says Narcís Pavón, Managing Director of APM Terminals Barcelona. “Fortunately, we’re already seeing positive results and are confident that this record will be the first of many more to come.”

The recently implemented investments reinforce the position of APM Terminals Barcelona as a leader in the maritime business, offering one of the best productivity levels in the Mediterranean with the newest equipment, the most cutting-edge technology and customer-focused service always striving for maximum excellence.