73 Out Of 122 Ships Broken On Beaches Of South Asia 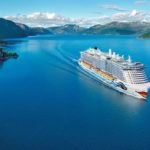 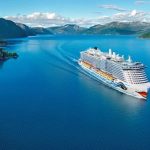 On October 15, 2019, the first building-block for was put in place at the Neptun Werft shipyard in Rostock. The two trainees, Charleen Hoffmann (AIDA Cruises) and Kenny Schaft (Meyer Werft shipyard) placed the traditional lucky coin beneath the first of a total of 90 blocks.

On the occasion of the keel-laying, the name of the new ship and its first routing were announced: the ship will be named AIDAcosma, and will be cruising from Kiel to the Norwegian fjords and the Baltic Sea from summer 2021.

Together with the Managing Director of the Meyer Werft shipyard Tim Meyer and the head of the Neptun Werft shipyard in Rostock Manfred Ossevorth, AIDA President Felix Eichhorn welcomed numerous guests from the worlds of politics and business including Birgit Hesse, President of the Mecklenburg-Western Pomerania state parliament, Rostock’s Mayor Claus Ruhe Madsen, and the President of Rostock’s municipal assembly Regine Lück. 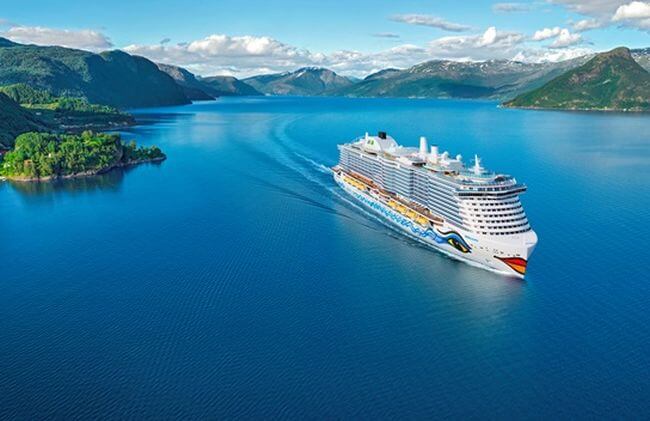 In his speech Harry Glawe, the Mecklenburg-Vorpommern Minister for Economics, Construction and Tourism emphasized the importance of this maritime location on the Warnow, and praised AIDA Cruises for its great commitment.

AIDA President Felix Eichhorn: “With AIDAcosma we are consistently continuing our sustainable growth. The keel-laying of our second LNG-powered cruise ship here in Rostock is also an expression of our company’s economic and innovative power in Rostock and throughout northern Germany.” In 2018 AIDA Cruises alone contributed over 1.6 billion Euros to northern Germany’s economic growth. The company’s economic performance in Rostock alone (exclusive of ship-building) amounted to around 160 million Euros according to a study carried out by Deloitte & Touche in conjunction with the Universities of Hamburg and Genoa. “AIDA stands for some 8,200 direct and indirect jobs with our suppliers here in the north. With our investments in the development and use of sustainable technologies, we are providing key momentum for research and science clusters throughout Germany,” Felix Eichhorn added. 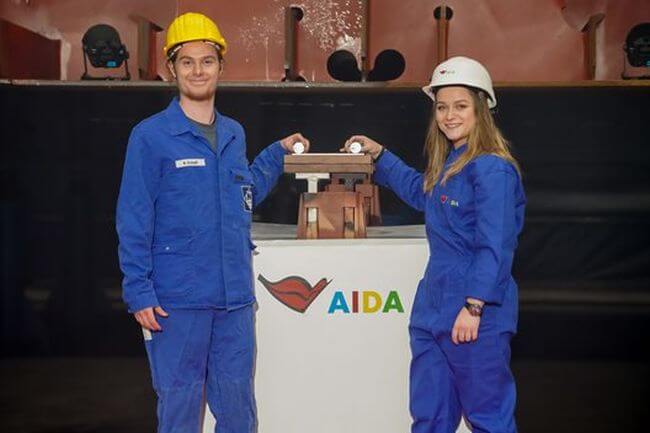 By making investments of over two billion Euros in Germany by 2023 with the construction of AIDAcosma and a third LNG-powered cruise ship, the company will be contributing to further value creation and the creation of secure jobs in ship-building and the maritime supply industry.

With gross tonnage of 183,900 and a length of 337 meters, AIDAcosma will have 20 decks, and space for 2,600 staterooms. A new feature on this ship is the Fun Park at the stern of the ship with a children’s pool, a twin water chute and the Water Slide. For the first time, the outdoor Sport Deck will have a boulder wall. The Pool Deck in the stern extends across the entire width of the ship. The crowning touch is the breathtaking infinity pool.

The ship has more spaces in the sun on the three tiered Sun Decks above. Guests will be pampered in culinary terms at 17 restaurants and 23 bars. The diverse range of gastronomic choices is being enhanced with a new restaurant: The Beach House Restaurant will be serving deliciously summery and light dishes.

The interior, in soft cream and sand shades, conjures up a pure vacation feel. The specialty restaurant Mamma Mia is also new, offering home-made pasta and fresh Italian cuisine with table service. The many public amenities include the Theatrium, shops, a disco, a gym area, the lavish Body & Soul Organic Spa, and the clubs for tiny tots, kids and teens. 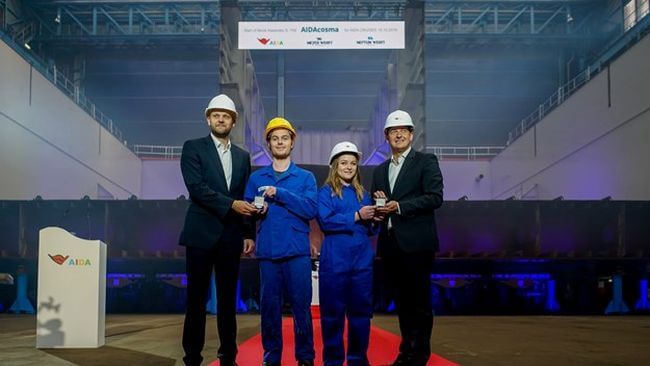 AIDAcosma will begin her maiden season in summer 2021: From May to October she will be sailing from Kiel on two beautiful northern routes. On alternating weeks, the ship will travel to the Norwegian fjords and to some of the most beautiful cities on the Baltic Sea. Depending on the travel date, AIDAcosma will stay overnight in St. Petersburg, Tallinn or Helsinki. Those who wish to secure their places immediately can pre-book a cruise now. Booking officially opens on November 21, 2019.

With the keel-laying for AIDAcosma, the company is continuing on its current course, making a further contribution to reducing emissions in cruising. In 2023 the third of AIDA Cruises’ LNG-powered cruise ships “Made in Germany” will be put into service. Thanks to the use of LNG, emissions of particulates and sulfur oxides are almost totally avoided, while emissions of nitric oxides and CO2 are long-lastingly reduced.