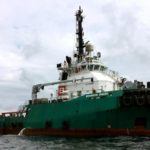 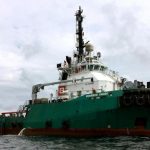 The Luxembourg-flagged Bourbon Rhode – crewed by 14 Ukrainian, Russian, South African, Filipino and Croatian seafarers – sank on September 28 after it was hit by the category 4 hurricane “Lorenzo”. At the time of the incident, the vessel was in transit around 1,200 nautical miles off the French Martinique island and 60 nautical miles from the eye of the hurricane.

Search and rescue operations coordinated by the Regional Operational Centre of Surveillance and Rescue (CROSS) since September 26 have resulted in the recovery of a lifeboat with three Ukrainian survivors, as well as recovering the bodies of four seafarers. Since October 1, no more survivors or bodies have been found.

However, the three Ukrainian seafarers rescued on September 28 have confirmed that some of the missing seven crew members succeeded in entering a life raft and there is a possibility that they are still alive. 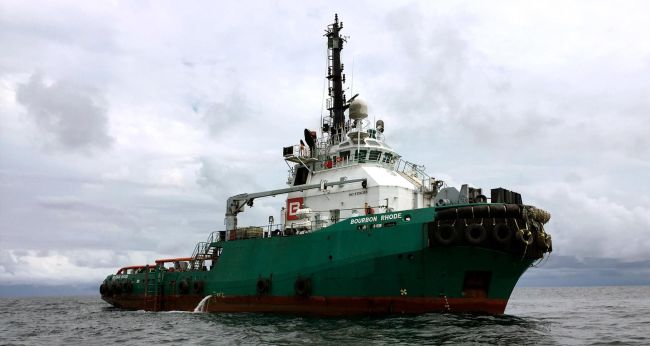 Additionally, on October 8, two seafarers onboard the Alp Striker reported that they had seen what could have been a distress flare, and the European Maritime Safety Agency (EMSA) informed authorities of an unknown object spotted via satellite could be a life raft.

Despite these reports French authorities announced that search operations will be scaled down.

ITF maritime coordinator Jacqueline Smith today directly called on the French Government to continue search and rescue operations and redeploy all resources and also called on the US and other nations to provide assistance in the search while there is a prospect that the seven missing seafarers can be found alive.

“The entire ITF family express our deep condolences to the families of four seafarers who have lost their loved ones, and also extend our thoughts to the missing crew and their families and pray for their safe return,” said Smith

“As Croatia’s Minister of Foreign and European Affairs said earlier this week, not all options have been exhausted. Together with our affiliates, the Seafarers Union of Croatia and the Marine Transport Workers’ Trade Union of Ukraine, we demand that the search continues while there is still a glimmer of hope that the missing seafarers are alive,” said Smith.

Families and friends of missing Bourbon Rhode seafarers have launched a petition urging authorities to continue the search for the missing Croatian master and six Ukrainian crew members. The petition has attracted over 43,000 signatures since it was launched on October 5.