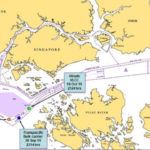 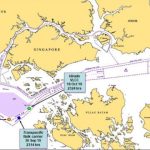 During January-October 2019 (as of 19 Oct), three incidents of unauthorized boarding of ships in locations of close proximity to each other were reported in the western sector of Singapore Strait.

All three incidents occurred to ships of Gross Tonnage between 43,000 and 160,000 while underway in the eastbound lane of the Traffic Separation Scheme (TSS).

Of concern was the latest incident on 19 Oct 19 which involved perpetrators who were armed with guns and knife. The perpetrators threatened the crew, tied his hands and escaped with the ship engine spares. The gun was not discharged. 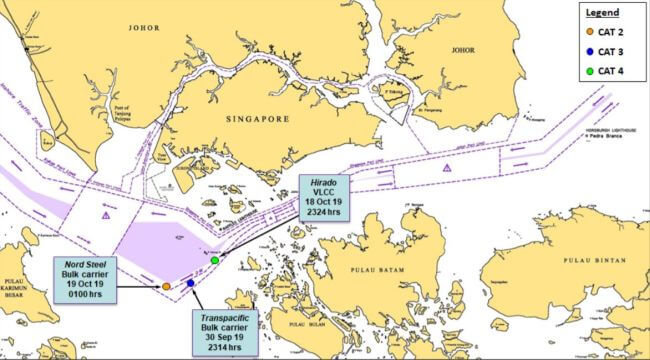 With the occurrence of three incidents in close proximity to each other within a period of 20 days (on 30 Sep, 18 Oct and 19 Oct), the ReCAAP ISC advises all ships to exercise enhanced vigilance, adopt extra precautionary measures and report all incidents immediately to the nearest coastal State.

The ReCAAP ISC recommends to the law enforcement agencies of the littoral States to step up surveillance, increase patrols and respond promptly to incidents reported by ships.

The details of the incidents are described as follows:

a. On 30 Sep 19 at about 2314 hrs, bulk carrier, Transpacific was underway in the Singapore Strait when five perpetrators armed with knives were sighted on the ship deck. The alarm was raised and the crew searched the accommodation area but the perpetrators already escaped. The master reported the incident to Singapore Vessel Traffic Information System (VTIS). The crew was safe and nothing was stolen. The Singapore VTIS initiated the safety navigational broadcast. The Singapore Police Coast Guard boarded the ship when she arrived in Singapore. A search for the perpetrators was conducted. The Indonesian authorities were notified.

c. On 19 Oct 19 at about 0100 hrs, bulk carrier, Nord Steel was underway in the Singapore Strait when the duty oiler sighted five perpetrators armed with gun and jungle knife on deck. The perpetrators threatened the duty oiler and tied his hands. They stole engine spares (including piston rings, oil rings, valve seats, valve spindles, crankpin bearing shell etc.) and escaped through the steering room. The duty oiler subsequently informed the master who raised the general alarm and reported the incident to Singapore VTIS.

Details of the three incidents and modus operandi of the perpetrators are summarized in table below;

a. Time of incident. All three incidents occurred during hours of darkness between 2314 hrs and 0100 hrs.

b. Type of ships. All three incidents involved bigger ships, namely bulk carriers and VLCC, while transiting the eastbound lane of the TSS in the Singapore Strait.

e. Treatment of crew. Two of the three incidents reported no confrontation between perpetrators and crew. In the incident on 19 Oct 19, the perpetrators threatened the duty oiler and tied up his hands.