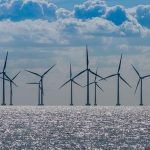 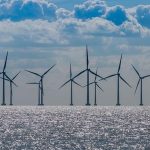 As the largest procurement for offshore wind in the nation’s history, this announcement advances Governor Cuomo’s nation-leading Green New Deal goal to develop 9,000 megawatts of offshore wind by 2035 and position New York State as the regional hub of this rapidly growing industry in the United States.

“New Yorkers know all too well the devastating impacts of climate change and the catastrophic consequences if we do not act urgently,” Governor Cuomo said. “By finalizing the contract awards for the nation’s largest offshore wind procurement, we are realizing the positive impacts these projects will have on the environment while diversifying our economy and bringing significant economic benefits to the Empire State.” 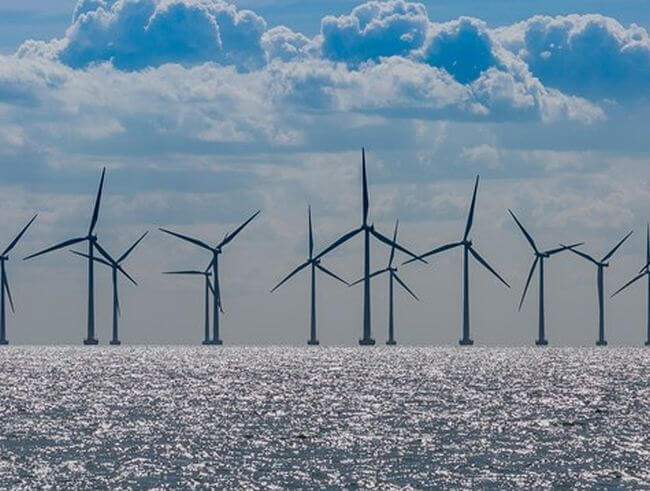 “We are committed to supporting offshore wind projects as part of our efforts to increase renewable energy,” said Lieutenant Governor Kathy Hochul. “These significant contracts build on our aggressive clean energy goals to reduce emissions and combat climate change. New York is leading the nation working to protect our environment and make sure it is cleaner and greener for future generations.”

As detailed in the Report submitted to DPS, the State’s first large scale offshore wind solicitation resulted in Offshore Wind Renewable Energy Certificate prices approximately 40 percent less than projected by NYSERDA’s 2018 analysis, signaling that the costs to deploy offshore wind are rapidly declining. An OREC represents the environmental benefits associated with one megawatt-hour of electricity generated from offshore wind resources and consumed by retail customers in New York State. By compensating offshore wind generators for these investments, ORECs provide financial support necessary to lay the groundwork for the industry to take root, which will yield growing dividends for New Yorkers as the industry matures. These projects are priced competitively relative to recent results from New Jersey and several New England states while also delivering significant new port infrastructure investments, public-private workforce training commitments and thousands of well-paying job opportunities.

The Report’s key findings include:

Alicia Barton, President and CEO, NYSERDA said, “By every measure, New York’s first offshore wind procurement was a resounding success and the execution of contracts today signifies a major milestone in our nation-leading pursuit to deliver clean, locally-produced power to millions of New York homes and businesses. These projects, which represent the largest ever renewable energy procurement made by a state in U.S. history, will deliver tremendous economic benefits and provide jobs to thousands of New Yorkers.”

To advance the State’s long-term port infrastructure investment, earlier this month, NYSERDA, Empire State Development and the New York State Department of Transportation issued a Request for Qualifications seeking proposals for pre-qualification from port operators and market participants who are interested in upgrading and investing in New York ports to support the state’s burgeoning offshore wind industry. The state’s ports are expected to unlock billions in long-term local economic development potential and will be serving as a hub for the broader northeast region’s offshore wind industry. The RFQL is the first step in a two-phase process through which New York seeks to pre-qualify proposers and then competitively select proposals for public-private investment opportunities in port infrastructure. Only those proposers who are pre-qualified under this RFQL will be eligible to participate in a subsequent competitive solicitation for up to $200 million to be issued in 2020. To be eligible, proposers must identify at least one port facility and describe the current level of site control or ability to obtain site control, and will be evaluated based on the demonstrated value and viability of the project. Interested proposers can apply here.

Thomas Brostrøm, CEO of Ørsted U.S. Offshore Wind and President of Ørsted North America said, “Thanks to the leadership of Governor Cuomo, NYSERDA and New York, Sunrise Wind is helping secure the state’s role as a leader in the North American green energy transformation. Ørsted and Eversource will help ensure that New Yorkers not only benefit from green, renewable power, but that they reap the rewards of being an early player in this growing industry.”

Lee Olivier, EVP of Enterprise Energy Strategy and New Business Development at Eversource said, “Sunrise Wind will bring renewable energy and new economic development to the state, and will accelerate New York’s transition to a sustainable and renewable energy future. We’re excited to be working with Governor Cuomo and NYSERDA to make New York State a green energy leader and provide direct benefits to local communities and businesses throughout the state.”

Senator Kevin S. Parker said, “As Chair of the Senate Energy and Telecommunications Committee, I am enthusiastic that New York State is on the verge of realizing the promise of the Empire Wind and Sunrise Wind projects. Together, these initiatives will significantly increase our overall pool of renewable energy options, while creating green collar jobs for New York State residents. This is a huge win for our state, and I applaud Governor Cuomo for his vision and leadership to combat climate change.”

Senator Todd Kaminsky, Chair of the Senate Environmental Conservation Committee, said, “Offshore wind is vital to growing a clean-energy economy and combating climate change. Today’s announcement is an exciting and necessary step toward reducing our state’s dependency on fossil fuels and advancing the green goals set forth in my Climate Leadership and Community Protection Act. I am thankful to Governor Cuomo and Alicia Barton for their extensive work in making New York a national leader in advancing renewable energy.”

Suffolk County Executive Steve Bellone said, “This action solidifies New York State’s role as a national leader when it comes to generating renewable energy that is affordable, abundant and homegrown. I want to thank Governor Cuomo for enabling Offshore Wind to become a reality that will create jobs on Long Island and establish a significant presence in the heart of Suffolk County.”

Nassau County Executive Laura Curran said, “It is our responsibility to protect our environment for generations to come. Renewable energy such as offshore wind power is a huge leap in the fight against climate change and I commend Governor Cuomo and NYSERDA for their work toward a clean energy future for Long Island and New York.”

Gary LaBarbera, President of the 100,000 member Building & Construction Trades Council of Greater New York, said, “Governor Cuomo and his administration continue to lead the nation around climate change. The investment in offshore wind is a significant step for New York State and will lead to the creation of thousands of good paying middle class jobs with benefits.”

John R. Durso, President of the Long Island Federation of Labor, AFL-CIO said, “In July, Governor Cuomo announced the first large procurement of offshore wind power in New York State in the fight against climate change. This is an opportunity to develop good union jobs in an emerging industry. With the announcement of finalized contracts we have taken another historic step on the journey to creating good union jobs, growing our economy, and continuing the necessary fight against climate change.”

Lisa Dix, Senior New York Campaign Manager, Sierra Club said, “We applaud the action today by Governor Cuomo and NYSERDA in delivering on signed offshore wind contracts that when built will power hundreds of thousands of New York homes with clean renewable energy. Today’s action is an important implementation step in advancing the Climate Leadership and Community Protection Act, and a win-win-win for New York’s environment, workforce, and economy. These contracts not only deliver clean energy at the scale necessary to help combat climate change, but also require that all projects adhere to strong labor and environmental standards. These projects will begin building out the local supply chain and prioritize local hiring, uplifting New York’s businesses and communities. New York is well positioned to become the regional hub of this new industry and a model for the nation to follow.”

Joe Martens, Director, New York Offshore Wind Alliance said, “Today’s announcement is another giant step forward in New York’s march toward a clean energy future. The contracts for the Sunrise and Empire Wind Offshore Wind projects are New York’s first installment toward meeting the nation-leading Climate Leadership Act standards for renewable energy and offshore wind and demonstrate the state’s resolve to be the epicenter of this new American industry.”

Carl LoBue, New York Director of Oceans and Fisheries with The Nature Conservancy said, “Today’s announcement is a critical step in delivering clean energy to people and businesses across the state. We applaud Governor Cuomo and NYSERDA for enabling New York to become the largest producer of offshore wind energy in the nation, and their approach which provides continued communication among conservationists, fishing communities, and developers throughout all phases of the development process.”

Annie Hawkins, Executive Director, Responsible Offshore Wind Development Alliance said, “RODA appreciates NYSERDA’s efforts to proactively minimize impacts to sustainable fishing from offshore wind energy development. In particular, New York has shown leadership in being the first state to require to require a comprehensive fisheries mitigation plan as part of the procurement process and its use of the Fisheries Technical Working Group to address issues of primary concern to fishermen. We are also grateful for its support of the Responsible Offshore Science Alliance to enhance important research regarding offshore wind and fisheries interactions, and look forward to further growing these productive partnerships.”

Adrienne Esposito, Executive Director of Citizens Campaign for the Environment, said, “Offshore wind is becoming a reality in the State of New York, and that is great news for our environment, our health and our planet. Replacing fossil fuel power plants with renewable energy generation will help our nation grow stronger, clean our air, create local jobs and fight climate change. Climate change is real and so are the solutions. Wind power is one powerful solution. A step forward for offshore wind is a step closer to saving the planet.”

New York State’s Green New Deal
Governor Cuomo’s Green New Deal is the most aggressive climate and clean energy initiative in the nation, putting the state on a path to being entirely carbon-neutral across all sectors of the economy and establishing a goal to achieve a zero-carbon emissions electricity sector by 2040, faster than any other state. It builds on New York’s unprecedented ramp-up of clean energy including a $2.9 billion investment in 46 large-scale renewable projects across the state, the creation of more than 150,000 jobs in New York’s clean energy sector, a commitment to develop nearly 1,700 megawatts of offshore wind by 2024, and 1,700 percent growth in the distributed solar sector since 2012.

The recently passed Climate Leadership and Community Protection Act (CLCPA) mandates the Green New Deal’s nation-leading clean energy targets: nine gigawatts of offshore wind by 2035, six gigawatts of distributed solar by 2025, and three gigawatts of energy storage by 2030, while calling for an orderly and just transition to clean energy that creates jobs and continues fostering a green economy. The CLCPA also directs New York State agencies and authorities to collaborate with stakeholders to develop a plan to reduce greenhouse gas emissions by 85 percent from 1990 levels by 2050 and aim to invest 40 percent of clean energy and energy efficiency program resources to benefit disadvantaged communities.