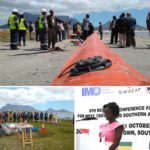 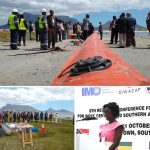 Major oil spills today are rare and oil tanker accidents have reduced. But coastal nations need to be prepared in case of an emergency.

In order to supplement national capacity, bi-lateral, multi-lateral and international cooperation and assistance in spill preparedness and response is crucial.

This was highlighted during the eighth Regional Conference of the Global Initiative for West, Central and Southern Africa (GI WACAF), in Cape Town, South Africa (28-31 October). 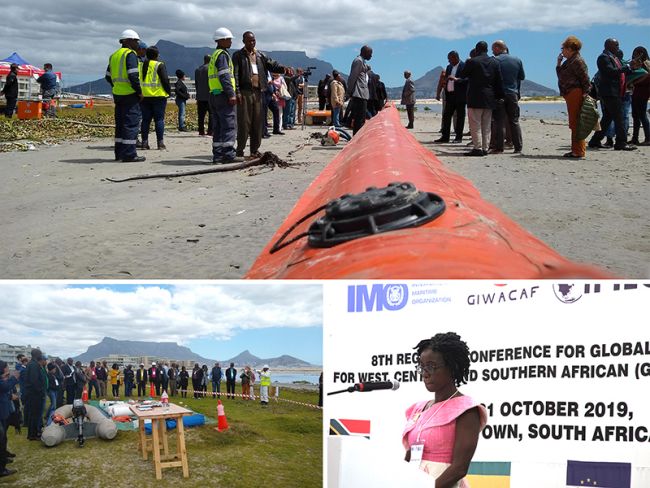 The GI WACAF project is a collaboration between IMO and IPIECA to strengthen oil spill response capacity in west, central and southern Africa. It helps to support mutual cooperation and assist countries to develop capacity for oil spill response. The region covered includes important oil producing States, such as Angola and Nigeria, and is also vulnerable to significant volumes of maritime traffic.

The conference heard that during the past two years, some 16 national and sub-regional activities, have been implemented, covering many different aspects of oil spill preparedness and response. They included a transboundary oil spill response exercise involving Angola and Namibia in August 2019.

Engagement and collaboration with other entities involved in oil spill preparedness has been a hallmark, to ensure a coordinated and consistent approach. Many delegates were keen to explore the possibility of undertaking further spill response exercises with neighbouring countries to try to better understand and address the challenges likely to arise during an actual incident.

Delegates also agreed on the need to push forward with the effective implementation into national legislation, in all countries in the region, of relevant IMO conventions relating to oil spill preparedness and response, such as the International Convention on oil pollution preparedness, response and cooperation (OPRC), as well as those relating to liability and compensation from pollution damage, including the treaty covering liability and compensation from pollution damage from fuel oil (Bunkers Convention).

The GI WACAF project has been running for 13 years and has encouraged the development of a network of focal points and experts on spill response and preparedness matters in the region.

The Conference was organized by IMO and IPIECA, the global oil and gas industry association for advancing environmental and social performance, in close collaboration with the Government of the Republic of South Africa, particularly the Department of Transport and its agency, the South African Maritime Safety Agency (SAMSA).