Update: Tanker Ship At Risk Of Explosion, One Body Found 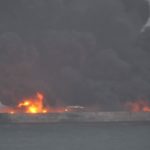 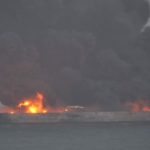 According to Chinese Authorities, the oil tanker which collided with a cargo vessel is still on fire off the east coast of China and is at risk of explosion.

According to BBC, a spokesman for China’s Ministry Of Foreign Affairs said that one body has been found by the search and rescue team but the identity remains unconfirmed. The rescue crew is still trying to find other missing crew members. 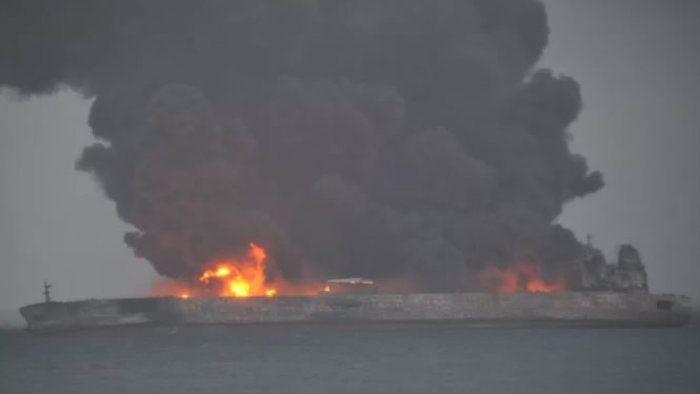 According to the Shanghai Maritime Bureau, the leaked cargo is burning furiously, hampering the rescue efforts. The experts believe that there is a risk the vessel could explode and sink.

Thirty-two people are missing after a tanker vessel carrying Iranian oil collided with a Chinese bulk carrier near Shanghai.