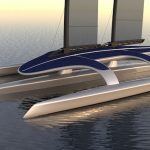 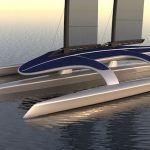 The Mayflower Autonomous Ship project (MAS) is an innovative new venture to design, build and sail the world’s first fully autonomous vessel across the Atlantic Ocean.The project’s name commemorates the anniversary of the Pilgrim Father’s voyage from Plymouth, UK to Plymouth in the New World (USA) on the original Mayflower in 1620. To mark the anniversary, marine tech company MSubs, Plymouth University and charitable research foundation Promare, are developing a 21-metre autonomous vessel based on a classic Oyster hull. The vessel is expected to take two years to build, outfit and complete rigorous sea trials. In the meantime, a small six metre vessel, named Christopher Jones after the original Master of the Mayflower, is being used to develop and test the autonomy and supporting systems necessary to navigate safely and control the sailing rig. 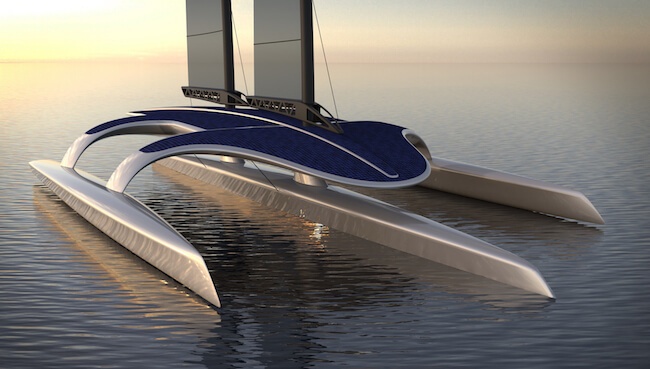 The planned voyage is set to take place in 2020, to mark the 400th centenary of the original voyage. The project pays tribute to the pioneering spirit of the Pilgrims by embracing a raft of ground breaking technologies encompassing design, propulsion and control.

The Club spoke with Professor Jones of Plymouth University who explained that the project “has the potential to be a genuine world-first on multiple levels. It is not just a fully autonomous research vessel but also a vessel powered by clean energy, through its solar, sail and wave technology. The 2020 Mayflower voyage will demonstrate new navigation software and the effectiveness of alternative sources of power.”

The project leaders further stress their commitment to efficiency and sustainability in their mission statement:

To build an autonomous vessel capable of conducting scientific research with the endurance and reliability to operate remotely in all corners of the globe. The vessel is to be powered by renewable energy and where necessary compliant with maritime regulations. The vessel is to have undergone an extensive sea trial period and be ready to participate in the Mayflower 400 Commemorations in 2020.

Due to the physical absence of humans on board, the ship has been designed to an optimum performance level, to function purely as a machine. However, Professor Jones spoke of the intention for the Mayflower to be fitted with a limited number of life saving appliances, which will enable the vessel to render assistance to conventional manned vessels in the unfortunate event of an emergency at sea. This feature recognises the importance of traditional manned vessels to aid this period of technological transition. 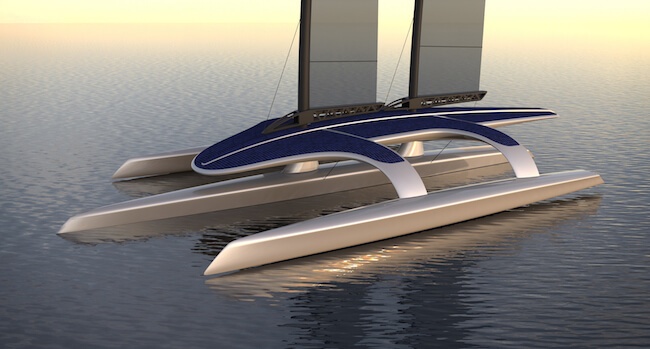 Upon successful completion of the Trans Atlantic voyage it is intended for the vessel to circumnavigate the globe where the Mayflower will be used for completing scientific research in conjunction with Underwater Autonomous Vehicles (UAVs) which will be deployed from the vessel. The data will then be relayed ashore for analysis.

Over the course of its development, the Club will be providing periodic updates on the progress of the Mayflower build. Offering Members’ real-time insight into the construction of an autonomous vessel.

This article is one in a series of articles produced by the Club on the topic of autonomous vessels, from the Club’s perspective. View the series so far.