Port Of Rotterdam: More Vessels Call On A Safe Port 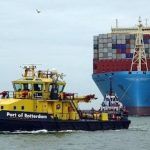 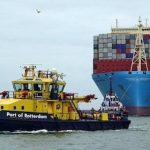 Over the past year, 29,646 sea-going vessels entered the port of Rotterdam. This is over 600 more than the preceding year (29,022 sea-going vessels). The number of incidents in the port fell from 159 to 129. This unfortunately included one ‘serious accident’. The incident in question involved an inland vessel that went adrift after hitting a groyne with its rudder. According to National Harbour Master René de Vries, the decrease in the number of minor incidents can be explained by the Port Authority’s investments in infrastructure in recent years. “Thanks to the new buoy configurations and dolphins, there were considerably fewer minor bollard-ship collisions and fewer barges went adrift due to bad weather.”

Efficiency in inspections continued to increase further in 2017. Over the past five years, the number of inspections decreased from 11,000 to approximately 8,500. For example, 2017 was the first year in which the Seaport Police and the Port Authority held joint inspections of pleasure craft in the port area. 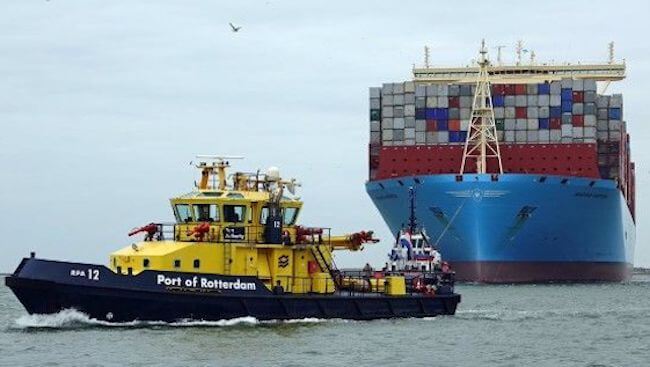 There was a significant drop in the number of minor spills. The Port Authority is still working to determine what contributed to this decrease. The total volume of spilled liquid was more or less equal to last year however. This is mainly due to a spill in the Botlek area.

The past year marks the Port Authority’s first participation in a pilot project that focuses on autonomous shipping. The Harbour Master expects this trend to become explicitly relevant for Rotterdam in the medium term and is introducing standardisations with the port’s Traffic Guidance System to prepare it accordingly. In 2018, the Port Authority will continue to participate in pilot projects that take structural advantage of autonomous shipping – and unmanned aircraft – in its own operations.

2017 saw various worldwide agreements being signed about international terminology within the shipping sector. This development is important for the PRONTO (Port Rendezvous Of Nautical and Terminal Operations) project. This online communications platform supports ship agents and other operators. The main objective is to realise a more transparent and efficient planning of ship services, including pilotage and the use of terminal and bunker services. This results in fewer and shorter delays. The PRONTO application is presently functional and is being tested and used in Rotterdam within a number of pilot projects (in collaboration with Maersk, Shell, MSC and various terminals and service providers). The initial results are promising: the first pilot projects yielded 20% time savings in port calls. PRONTO will be rolled out further over the course of 2018. For example the launch of the new Shiptracker module.

As a consequence of a large-scale global cyberattack with ransomware (NotPetya), which affected companies all over the world – including a container terminal in the port of Rotterdam – one could observe a stronger general focus on cybersecurity in the second half of 2017. When it came to raising awareness of cybersecurity issues, the local private sector could definitely use some help and companies made grateful use of the FERM platform in this context. FERM was set up in 2016 by the Port Authority and various partners to inform companies in Rotterdam’s port area about cybersecurity and encourage collaboration in this area. Within the port of Rotterdam, the Port Authority has worked together with nautical service providers on building up an organisational structure around the Nautical Crisis Team that ensures that the port remains accessible during the possible failure of a key ICT system. Next year, this collaboration will result in a central cybersecurity hotline for the port area.

The Port Authority wants to encourage the transition from fuel oil to Liquefied Natural Gas (LNG) as a transport fuel for the shipping sector. Over the past few years, the Port Authority has worked to prepare systems and staff for the arrival of LNG-powered vessels. 2017 saw the first LNG bunker vessel, the Cardissa, become operational in Rotterdam’s port area. The relevant legislation and regulations have been improved and updated to enable the smoother bunkering of LNG. “We expect that by 2020, LNG bunkering will be a routine operation in the port of Rotterdam,” says René de Vries.