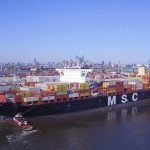 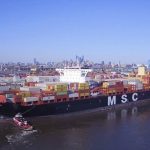 As the Port’s $392 million Main Channel Deepening Project approaches 100% completion, cargo volumes in The Port of Philadelphia are surging. In 2017 container cargoes grew by 19%, leading all ports on the U.S. Atlantic seaboard. The growth is especially significant since the Port is busy implementing its $300 million capital improvement plan.

“We have a lot of exciting developments all occurring at the same time, record cargo growth, preparation for the deepened channel and the arrival of our new cranes,” said Jeff Theobald Executive Director and CEO of PhilaPort. “It’s all very good news and we want to make sure we support the surge in cargo with proper training and landside and infrastructure improvements.” 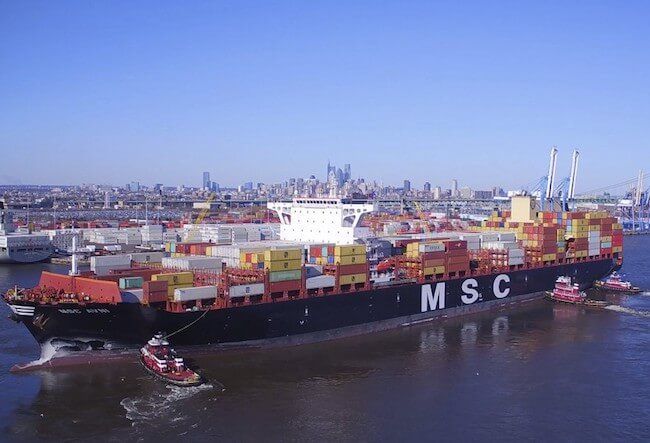 Next month the first two of a total of four super post-Panamax cranes are due at the Port’s Packer Avenue Marine Terminal (PAMT). Ocean carriers are already supporting the growth by scheduling Ultra Large Container Vessels (ULCV) to call the Port. Several 11,000 TEU vessels started calling PAMT in December and 12,200 TEU vessels are expected in the coming days. Recently the Board of Directors of The Port of Philadelphia granted funds to the Pilots’ Association for the Bay and River Delaware to train for these new class of vessels 12,000 – 14,000 TEUs.

“Our investment in this vital infrastructure asset continues to yield significant economic returns across the commonwealth,” said Governor Tom Wolf. “The near completion of the channel deepening project combined with record-breaking activity at PhilaPort means more jobs and an economic advantage allowing Pennsylvania to compete globally.” 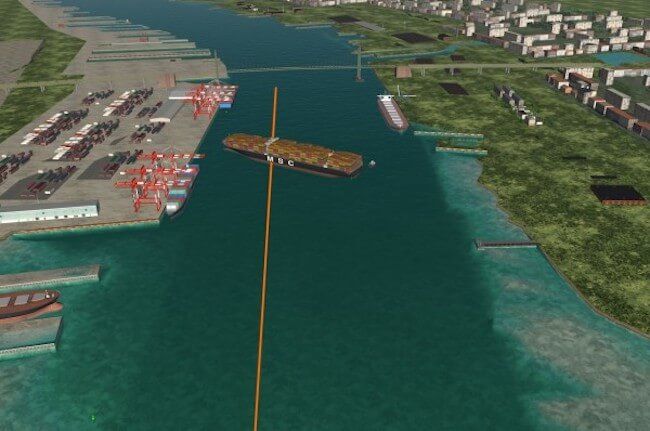 The five-day simulation training program occurred at the Maritime Institute of Technology and Graduate Studies (MITAGS). The pilots were joined by docking pilots and tug operators including personnel from Moran Towing Corporation, McAllister Towing, Inc. and Wilmington Tug, Inc. During the five-day simulation, the participants:

“The experience that our pilots received during the five-day session was extremely valuable,” said Jonathan Kemmerley, President of the Pilots’ Association for the Bay and River Delaware. “We always knew we could bring these vessels up the newly deepened channel but practicing in real life conditions give us a greater comfort level.”

The long-anticipated completion of the Delaware River Main Channel Deepening Project from 40’ to 45’ is drawing to a close. In March, the Port expects announcements on a phased approach which will allow vessels to utilize increased arrival and departure draft depth.